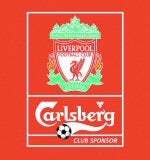 Liverpool Football Club’s new owner says he will consider selling the naming rights to its new stadium to pay for an increase in transfer spending.

They are also believed to have agreed to invest more than £200m in the club.

Gillett, who along with Hicks owns NHL ice hockey teams in the US, says: “The shovel needs to be in the ground within the next 60 days and you will soon see a great big swimming pool being dug out on Stanley Park. If the naming rights are worth one great player a year in transfer spending, we will certainly look at that as a serious option.”

He adds that he wants the new stadium to be the best in the world, with an “unparalleled” fan experience.

The takeover, which was recommended by the board, calls into the question the club’s 15-year partnership with Carlsberg. The club’s sponsorship with the beer firm is believed to be up for renewal at the end of the season.

After the announcement this week, ITV plc gave an irrevocable undertaking to sell its 9.99% share in the club, bringing in cash proceeds of £17.4m.

Williams F1 has updated its race team’s identity with a logo and trackside branding. The designs have been created by brand consultancy UffindellWest, brought in to rejuvenate the brand in time for the Australian Grand Prix in March. Sponsors include Royal Bank of Scotland, Lenovo, AT&T, Allianz and Reuters. The drivers are Nico Rosberg and […]

Alberto Culver is relaunching its Andrew Collinge designer haircare range as it seeks to reassert its position in the market. The brand has suffered from low sales and was axed by Asda last year (MW November 2, 2006). The company has introduced a number of products and revamped packaging across the entire portfolio. Innovations include […]

Mini drivers in the US are being greeted by name when they pass digital posters (MW last week) in the latest example of “proximity marketing”. However, the campaign has reignited the debate about the intrusive nature of hi-tech interactive marketing. Drivers have to register for the Mini campaign, giving their consent. When they sign up, […]