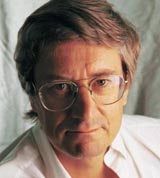 Fans of cult (which is usually just a euphemism for naff) Eighties films will no doubt fondly remember the Cannonball Run series that haunted cinemas throughout the decade. One such person who this most certainly refers to is Corporate Edge chief executive Chris Wood, who recently won a competition in Evo magazine to take place in the modern-day European equivalent of the car chase.

Chris was last heard of zooming round north-west France in a green Lamborghini with 99 other supercars. Not that the Diary’s jealous. Far from it. It just hopes that the talents that won him a Caterham championship title in 2000 get him to Zurich in time for the plane home.