The state-backed banking group, which includes the Lloyds TSB, Halifax and Bank of Scotland brands, generated 288, 717 complaints about poor service, bad advice, and charges in the first six months of the year.

The data collected by the Financial Services Authority shows that rivals Barclays and Santander were the next most complained about, with 250,667 and 244,978 complaints respectively.

In total, 1.25 million complaints were made by bank and building society customers, up 5% on the same period last year.

first time the regulator has detailed complaints by firm,

The FSA marked the unveiling of the data by announcing a raft of changes to complaints handling rules.

New requirements include: making banks identify a senior manager responsible for complaints handling, stopping banks sending letters which reject complaints but fail to explain that customers can challenge them and go to the Financial Ombudsman Service. The FSA also wants banks to put in place remedies for the most common complaints.

Lloyds fared better in the percentage of complaints dealt with within eights weeks with a completion rate of 97% for customers.

A Lloyds spokeswoman says: “Our relationship with our customers is at the heart of our business and we take all feedback very seriously. Like every organisation we know there are areas where we can improve and we are working with our customers to do just that.

“The vast majority are happy with the service we provide and this is reflected in the low number of complaints we receive relative to the high number of accounts our customers hold.”

Barclays dealt with 91% of cases within eight weeks, while Santander completed only 46% of complaints within the period. 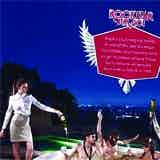 A Virgin Holidays poster campaign that features rock stars drinking champagne in a jacuzzi has been banned for glamorising alcohol.

The UK’s largest supermarkets stand to make £700m if a minimum price for alcohol drinks is introduced, according to a study. 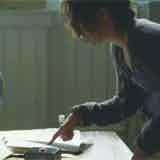 A viral video for climate change campaign 10:10 that shows schoolchildren, actress Gillian Anderson and ex-footballer David Ginola being blown up for not caring about climate change has been been removed from its website after sparking controversy.