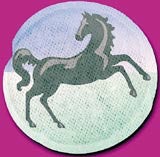 The Diary is miffed. A press release has arrived from Lloyds TSB, detailing the bank’s latest marketing wheeze. Apparently, 3.5 million lucky households will be getting a free tea bag through the door.

The Diary, which incidentally banks with Lloyds TSB, was immediately suspicious. How much of its meagre nest-egg was the bank squandering on this campaign?

Well, 3.5 million tea bags is a lot. It’s 43,750 boxes of the cheapest tea bags available at Tesco.com, which at 36p a box is a staggering &£15,750. The Diary also calculates that the cheapest Royal Mail service would cost &£449,540 for 3.5 million letters. Add to that the costs of coming up with the idea, printing, envelope stuffing and pre-sorting and the figure begins to approach the Diary’s monthly salary.

And to top all that, the buggers didn’t send out a sample with the press release! Hot water for elevenses it is, then.