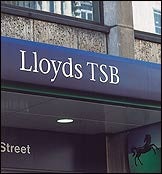 Former marketing communications director David Lewis has already taken up Pilkington’s role, which is the most senior marketing position at the bank after group marketing chief Ford Ennals.

Lewis, who was responsible for all customer communications – including direct mail and telemarketing – joined Lloyds TSB three years ago. A replacement is being sought.

He was previously marketing director at the International Wool Secretariat. Before that, he held a variety of posts at Saatchi &amp; Saatchi and Dewe Rogerson.

Ennals, who is now responsible for more than 400 staff, has been implementing a marketing restructure – announced at the end of last year – aimed at placing greater emphasis on customer marketing.

He joined Lloyds TSB shortly after the two banks merged and implemented the new brand identity.