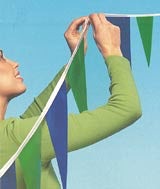 Lloyds TSB is seeking a senior strategic marketer to handle part of the work carried out by former director of group customer management Ford Ennals.

The new role is understood to involve overseeing agency arrangements and developing a broad marketing strategy. The person will report to head of retail banking Eric Daniels.

The strategic marketer is expected to work alongside director of strategy and marketing Jayne Almond, who was appointed after Ennals’ departure in January (MW January 31).

The role will take some of the workload from Almond, who continues to work as managing director of European Internet banking, including online brand Evolvebank.

The new structure could allow Almond to focus more on product marketing and development.

A source says: “Almond’s portfolio is quite strange and she’s been the first to recognise that it is a problem.”

In November, Eric Daniels was given the post of head of retail banking and began reshaping marketing to make it more product-focused. The changes undermined Ennals’ role and led to his departure.

The CRE is increasingly belligerent about the dearth of non-whites in managerial positions. George Pitcher applauds its aims but has doubts about the approach

Nationwide bakery chain Greggs has appointed RPM3 to its £3m advertising account following a four-way pitch. RPM3 beat off competition from bds beechwood, J Walter Thompson and incumbent Robson Brown to win the business. The pitch was handled by the AAR. RPM3’s first task for Greggs is understood to be a TV campaign. Greggs has […]

Freeserve, the Internet service provider (ISP), is launching a “multi-million pound” marketing campaign to drive take-up of its new high-speed Internet access service. The cross-media campaign is spearheaded by a television advertising drive, and follows recent campaigns that Freeserve claims have attracted 400,000 new subscribers in the six months to March. The 30-second ad, by […]