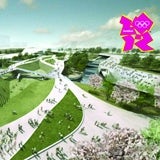 LOCOG heavily restricts the use of specific trademark terms such as “London 2012”, “Olympic” and “Paralympic” in any marketing activity by anyone other than its commercial partners. These include Coca-Cola, McDonald’s and Visa.

But competitor brands will be able to bid against these phrases on Google if the search engine maintains its current trademark policy. For the past three years Google has allowed rival brands to buy trademark terms.

LOCOG has yet to announce its formal online advertising policy ahead of the Games, but a spokesman told Marketing Week sister title New Media Age it was aware of Google’s trademark rules.

“We’re aware of the Google AdWords policy,” he said. “We take all attempts to ambush the London 2012 brand seriously and we deal with any incidents on a case-by-case basis.”

Since it’s decision to relax its rules, Google has come under fire from brands that say it’s breaking trademark rules. However, last year the European Court of Justice (ECJ) said Google was doing no such thing.

Instead, in March this year the advocate general of the ECJ advised that it was advertisers themselves that should be found liable for trademark infringement if they bought Google AdWords ads against rival trademarked brands.

Henry Ellis, Tamar associate director for social media, said brands must be careful if they associate themselves with the Games.

“LOCOG and the Government are incredibly protective of the Olympic brand and would look to make an example of any advertiser that breaks their rules,” he said.