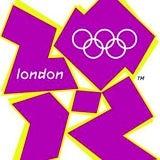 Wijeratna is to take on the role of “executive director with commercial responsibilities” at Premier League club Tottenham Hotspur.

Locog has opted to split Wijeratna’s responsibilities between commercial director Chris Townsend and Nick Hockley who has been promoted to head of commercial negotiations.

It is thought that much of Wijeratna’s work has already been done. Locog has already raised about £650m of the £700m sponsorship revenue target originally set nearly two years before the event.

The body has signed 27 domestic partners to date including BP, BT, EDF and Lloyds TSB.

Daniel Levy, chairman of Spurs, says: “We are delighted that Charlie has agreed to join the Club. He brings with him a proven track record in delivering commercial deals and will be a great addition to the board.”