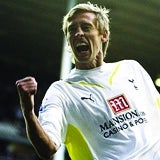 Wijeratna was responsible for the London Organising Committee for the Olympic Games’s (LOCOG) commercial negotiations and was the force behind the sponsorship programme and merchandising deals for the 2012 Games.

Wijeratna previously worked in sports television for Sky TV, as a lawyer with Clifford Chance and as an investment banker with Kleinwort Benson.

He joins Spurs as the club looks to create further commercial potential with its new stadium. The club is hoping that a new business strategy working more closely than ever with brand sponsors can help it climb both the sporting and finance tables.

Last month, a £400m plan to redevelop the Spurs stadium was given the go-ahead by planning councilors – just 12 hours before it was revealed the football club had also registered an interest in taking over the London 2012 Olympic Stadium.

The development, which could open as early as 2013, will incorporate a 56,250-seat stadium, a public space around the stadium, a public square with two amphitheatres for use in community events and arts activities, a 150-bedroom hotel, a club museum, a club megastore, a huge supermarket and 434 new homes, 40% of which will be affordable housing.

Meanwhile, the club has also teamed up with AEG to put in a bid to take over the 80,000 Olympic Stadium in Stratford. Controversially, they believe the only way to make the stadium commercially viable is to scrap the track and provide a legacy for athletics elsewhere.

The team has recently hit the headlines for its decision to sign shirt sponsorship deals with two brands – Autonomy for the Premiership and Investec for the Champions League.