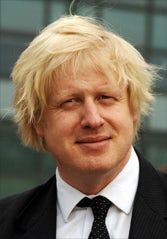 The Electoral Commission and London Elects have announced a shortlist to handle the integrated campaign for the Mayor of London and London Assembly elections next May.
The pitch will be managed by the COI and the shortlisted agencies are Farm and Experience, Miles Calcraft Briginshaw Duffy and Universal McCann, Delaney Lund Knox Warren and BLM, and Vallance Carruthers Coleman Priest and Rise.
The campaign will be instigated in two phases. The first will raise awareness among Londoners of the need to register to vote, while the second will promote the elections and inform voters how and where to vote.
People will be directed to the London Elects website and the Electoral Commission’s helpline for further information.
London Elects is the office of the Greater London Returning Officer and is responsible for organising and publicising the elections for the London Assembly and Mayor of London.