However, it is expected that London Lite will not increase distribution but keep a tight focus on its target market of working commuters.

As one observer points out, the controlled circulation and disappearance of thelondonpaper will increase readers per copy of the London Lite.

News International is closing thelondonpaper three years after its launch. The title recorded a pre-tax loss of £12.9m in the year to 29 June 2008 on a turnover of £14.1m.

James Murdoch, chairman and chief executive, Europe and Asia, News Corporation, says: “The strategy at News International over the past 18 months has been to streamline our operations and focus investment on our core titles. The performance of the thelondonpaper in a difficult free evening newspaper sector has fallen short of expectations. We have taken a tough decision that reflects our priorities as a business.”

Managing director of Associated Free Newspapers, Steve Auckland, has previously stated that he expected the London Lite to go into profit after five or six years following its launch in August 2006. However, the recession is likely to have altered these forecasts.

Anheuser-Busch InBev’s recent attempts to reposition its flagship Stella Artois brand as environmentally friendly appear to have gone down well with consumers, according to YouGov Brand Index data. The brand launched the Recyclage De Luxe Sixties themed outdoor campaign, which states that its bottles “are made of 75% recycled glass”, earlier this month. The ads […] 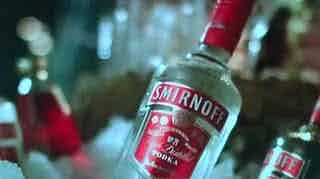 Diageo says global sales increased by 15% in its last financial year despite a drop in the “challenging” European market and a reduction in marketing spend.