The New West End Company, which manages Oxford Street’s three miles of shopping, has appointed agency Wasserman as it aims to widen its sponsorship strategy. It is also making the ‘First Seen on Oxford Street’ messaging more prominent to flag up exclusive experiences.

Currently, Oxford Street generates around £5bn a year in sales. But with the introduction of Crossrail’s Queen Elizabeth line in 2018, counties such as Berkshire, Buckinghamshire and Essex will be given direct links to Oxford Street for the first time.

Subsequently, Luciana Magliocco, marketing manager at the New West End Company, claimed the Elizabeth Line will create a 30% uplift in trips to the West End [of which there is currently 200 million visits a year] and help Oxford Street raise its annual sales to £6bn by 2020.

She told Marketing Week: “We want to grow Oxford Street by making it a hotbed for world first’s. Whether that’s the Shakespeare theatre at Selfridges, Dyson opening its first-ever physical store here or John Lewis’ Smart Home only being in its Oxford Street store, we believe the key to growth is to give people things they can’t get anywhere else.

“Businesses have a real growth to open their flagship stores here and we are confident that will only continue.”

By the end of 2020, Oxford Street is planning to create 2,000 additional jobs and Magliocco says the close-by Bird Street will also become a hotbed for pop-ups and trials of new technology.

The previously underutilised Bird Street will undergo a transformation into a new public ‘oasis’, following £200,000 of funding from Transport for London’s Future Street’s Incubator Scheme as well as a number of private doners.

Oxford Street has been branded the most pollution heavy street in the world, with the shopping destination creating an average of 135 milligrams of NO2 per cubic metre.

However, the New West End Company recently launched a business-led strategy to lower pollution and litter over the next four years. This has already resulted in reducing waste collection costs by 25% for businesses through a waste consolidation strategy.

Magliocco explained: “We are turning Bird Street into the first ever Smart Street and it will generate energy to clean the air based on the power of people’s feet and the number of people who walk through.

“We are working closely with key London stakeholders to use Bird Street to showcase innovative technologies and materials to respond to microdynamic conditions.

And despite the risk of Brexit negatively impacting consumer spending over the coming years, Magliocco is confident in the future.

She added: “Oxford Street will become the first shopping stop from Heathrow, so there is a great opportunity to attract tourists. There is a strong strategy in place and we’re confident we’ll see increases in footfall, investment and flagship stores over the coming years.” 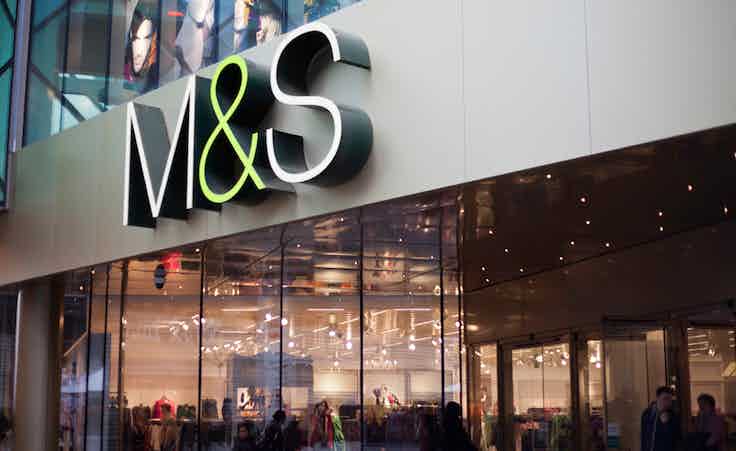 The luxury brand’s struggles raise questions over the wisdom of bringing creative direction and business strategy under one role.

A new ‘I♥NY-style’ brand revamp has been unveiled for Oxford Street by New West End Company – which represents more than 600 retailers in the West End – in a bid to make Londoners and tourists reappraise the shopping district.