The change stems from the addition of a seventh screen to the famous West Side, marking the first time since the lights were created in 1908 that the advertising space has been expanded. It was announced earlier this year but the site’s owners Land Securities have only now revealed further details on what it means for advertisers.

Brands, from later this month, will be able to use the screen, which uses Clear Channel’s digital format Storm, to support more targeted campaigns and tactical stunts to target shoppers as they walk by. The owners say brands can use the space for a period of time that works for them citing a recent British Airways outdoor campaign where a one-minute ad played as one of its plane flew overhead.

Some two million people pass through Piccadilly Circus each week, according to the owners, with around 70 per cent of those pedestrians. It is hoped the move will be able to monetise this traffic through emerging trends in digital outdoor advertising.

The famous landmark has existed for more than 100 years, showcasing 50 brands including Sanyo, Carlsberg, Volkwagen and Schweppes. 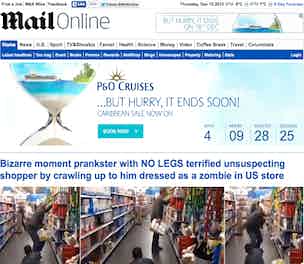