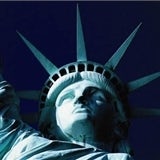 Thanks to the internet, marketers have identified a new breed of consumer who will change the way companies develop products

It was one of those moments journalists get tripped up on quite easily. I mean, this guy had launched the careers of some of the biggest pop musicians in the game, and he’d written a few pop hits of his own before becoming an executive.

Beyond writing about it for a few years, my practical music industry experience is effectively zilch, unless you count the hours spent in record stores during my teen years lovingly eyeing rare US import rap singles. So, a wiser man might have walked away from trying to answer a $64bn question.

But the monster that is the journalist’s ego felt I had a good answer for him, one that made me sound erudite and enigmatic at the same time – at least, I thought so. I said, “In the future there will more of less and less of more.”

He stared at me strangely for a brief moment and then noted the time for our interview was just about up.

I was disappointed that he hadn’t understood what I meant. I was summing up the central idea contained in the new book by Chris Anderson called The Long Tail – Why the Future of Business Is Selling Less of More.

Anderson, whose day job is editor-in-chief of Wired magazine, argues that the era of “hits” is over, and that in a world where more products and services are more readily available than ever before – thanks to the power of the internet – consumers will spend more and more money on niche goods.

The title of the book comes from a graphical representation of this phenomenon, with all the hits at the fat, short end of the graph, and the more obscure, irregular niche buys found down the long tail.

And he uses the term hits not only in relation to entertainment media such as chart-topping records and films, but also suggests the trend impacts on traditional marketing, from bricks and mortar retailers such as Wal-Mart and Target, through to small specialist retailers. “In the era of networked consumers and digital everything, the economics of distribution are changing radically as the internet absorbs each industry it touches, becoming store, theatre, and broadcaster, at a fraction of the cost,” writes Anderson.

The influence of the internet is described as the democratisation of the tools of production. By this he refers to how the tools (video cameras, free publishing software), distribution (internet) and aggregation of a viable audience (Google, eBay) are free or cheaper than ever before, and accessible to everyone.

Few industries will feel this more than the music industry, because the digitisation of music has meant that is has been very easy and cheap to distribute for some years now. Consequently, the record industry is one of the first to have to overhaul its structure.

The thing about modern record companies is that they are really marketing agencies, but run by much cooler people. Their argument about the importance of A&amp;R (artists &amp; repertoire), or the mystical process by which hit records are discovered, is countered by the amount of market research these companies undertake before going to market with an artist or a song in the first place.

This is why – if, as Anderson predicts, the long tail grows both longer and wider – it could have profound implications for the way that this industry works, or doesn’t work, as there will less reliance on major big hits. Consumers are now willing to spend more time digging deeper into sub-genres of music because it’s easier and more practical to do so, thanks to the internet. This could be a very good thing for record companies if they restructure to handle this change.

Democracy is a powerful tool

For the broadcast industry, the best example may be YouTube. YouTube really sums up the idea of democratisation of the tools of production, with its easy-to-view, easy-to-upload grainy videos, posted predominantly by users. It is now being taken seriously by both the television and music industry over here.

And why wouldn’t they? YouTube now has over 100 million videos watched every day, with over 60,000 videos posted each day. Looking at these figures, it’s no wonder that YouTube was the “talk of the valley” at the annual retreat of all the big media owners at the Allen &amp; Co event in Sun Valley, Idaho. YouTube co-founder Chad Hurley was photographed in talks with several long-time media chiefs at an event attended by the likes of Les Moonves of CBS, Tom Freston of MTV parent Viacom, and many other names.

The interesting thing for marketers is realising that working with YouTube or YouTube’s users requires handing over a certain amount of brand control, particularly if you want to take advantage of the cheaper tools of production and distribution.

This can backfire, of course. In March, General Motors invited users to help create ads for its Chevy Tahoe SUV, by providing clips of the car and other information. Users responded really well with some very professional-looking 30-second spots.

Only one problem/ a good number of the best ads were anti-gas guzzling, environmentally unfriendly SUVs like the Chevy Tahoe. They were widely distributed on YouTube and Google Video, much to the amusement of the marketing press.

But they won’t all be like that. There’s the example of the Diet Coke and Mentos video which was put up on Revver.com and got picked up in the national press soon after. The Mento mint is placed in a bottle of Diet Coke and causes a mini-eruption. It’s the kind of thing people pass on to each other. Interestingly, Revver.com has an advertising-fee share model, where advertisers whose clips run before a video pay each time the video is watched and the video producer and Revver split that fee. This generated nearly $30,000 (&£16,500) for the amateur video makers of the Diet Coke/Mentos ad. Neither brand owner had anything to with the video, but many commentators have noted how their brands might have benefited from the video being shared virally around the world.

The Long Tail – Why the Future of Business Is Selling Less of More by Chris Anderson is published by Hyperion.