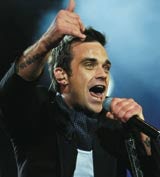 As Robbie Williams sang his heart out for Live 8, 9.6 million people in the UK alone watched him strut across a stage branded with AOL and Nokia logos as the event was broadcast on the BBC’s television channels.

For these two global partners, the event brought access to millions of highly valued and “hard-to-reach” 16- to 34-year-old consumers around the world – as well as, arguably, plenty of positive PR. Nokia reportedly paid &£5m for the privilege, while AOL coughed up &£3m to be an official sponsor and for the rights to transmit the event over the internet. Another &£2m was paid by the BBC for the British TV rights. The total cost of putting on the concerts around the world is thought to have been between &£20m and &£25m.

But some commentators have been quick to question the validity and sincerity of brands striking up a formal association with the event, which was held to put pressure on world leaders – meeting at the G8 summit in Scotland later this week – to devise a workable plan to double aid, write off debt and make trade laws fair.

Technology partner O2, in particular, has come under fire. Reports have criticised the operator for refusing to waive a 10p administration cost incurred in sending a confirmatory text message to entrants for the Live 8 ticket lottery, a charge that other operators have also supposedly made. “O2 made no money whatsoever from its involvement in the event,” says a company spokesman. O2 estimates that its total net contribution to the event will be between &£250,000 to &£500,000.

One sponsorship industry observer thinks that brands’ association with these types of good causes could have negative repercussions and appear cringe-making if nothing else. He says: “I think it is extremely dangerous territory. There is always the risk of brands appearing like a vicar at a disco – it’s awkward. Live 8 is a fantastic cause, but major brands’ involvement in lobbying governments does not sit so well.”

However the brands involved see no conflict in the Live 8 tie-up. Nokia head of communications Mark Squires says the company’s global sponsorship of Live 8 is a perfect fit, especially for a mobile phone brand. “Sponsorship of music events is a great brand match – modern phones have MP3 players and are associated with music. The Live 8 tie-up is even more relevant as it’s about people communicating with each other across the globe and working together to produce one of the biggest events the world has ever seen,” he says. He adds that Live 8 is not about politics: “It’s about a good cause – there is a subtle difference.”

But to most, this is a politically motivated campaign – one that is calling for the G8 countries to help Africa, and more broadly the developing world. And this is where many see the conflict. Global brands are perceived to contribute to trade injustice, albeit inadvertently in many cases. While Nokia’s phones are assembled in Europe, components for the phones are made in China and South Korea, where the working conditions of many factory staff cannot be guaranteed. Although companies operating in these markets employ the services of non-governmental organisations to make checks on the working conditions found in their factories across Asia and the rest of the world, abuses of the system are widely documented.

While brands want to be seen to support worthy causes, there is an undeniable ambiguity in their involvement. After all, which good cause would wish to be perceived as selling out to big business?