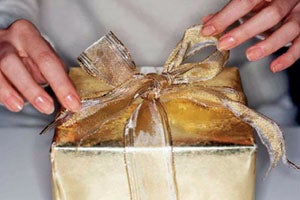 The voucher and gift card industry could never be accused of letting the grass grow beneath it. Paper vouchers have been around for as long as anyone can remember, but in the past few years there have been some dramatic changes in both the public’s perception of vouchers and the number of formats in which they appear.

According to Andrew Johnson, director general of the industry’s trade body, the VA, a continuous stream of new and innovative products has stimulated a surge in the popularity of vouchers in all sectors, but especially in the business-to-business (B2B) market where corporate sales for the second quarter of 2007 rose by an impressive 16.3%.

“The motivational power of vouchers has been well documented,” says Johnson. “There is very strong evidence that employees are motivated by more than simple cash rewards. Money comes and goes – usually on bills – so the trophy value is lost quite quickly. Vouchers, on the other hand, are more memorable because when the recipient spends them, they make the connection between the voucher and the activity that they did to gain the reward. That can be a very powerful motivator,” he adds.

In the UK, consumers are said to have a sentimental attachment to paper vouchers, but evidence suggests that plastic gift cards are beginning to have the same impact on the UK market as they have had in the US. In the US, gift cards were largely responsible for doubling the size of the pre-paid voucher market before they went on to gain a lion’s share of the business-to-consumer (B2C) sector.

Consumer reaction to plastic has been rather more restrained in the UK, but two or three years after gift cards were launched, industry observers believe the market is shifting. “This is the second Christmas that consumers have had to get used to gift cards, and that familiarity will translate to the B2B market,” says Paul Brown, director of motivation at incentive and performance agency, Maritz.

Brown shares the view of a growing number in the industry that, contrary to popular belief, consumers are not particularly bothered about the format in which vouchers are presented. “One of the primary benefits of vouchers is the huge range of items and experiences that can be purchased,” he says. “Businesses will always need to reward and motivate staff, so vouchers, in whatever format they take in the future, will continue to play a central role in motivating and rewarding this sector,” adds Brown.

Increasingly, operators in the B2B market have come to recognise that it is choice that motivates and that the variety of gifts that a voucher can unlock makes the difference between a campaign that engages and one that loses participants’ interest. And, because they have also proved to be extremely adept when it comes to diversifying in line with new developments, one of the biggest challenges facing operators in the industry is finding ways to provide that choice in the most efficient and engaging way.

P&MM executive director and head of motivation John Sylvester concurs: “Marketers are looking for more direct ways for targeting their audience and, in doing so, are prepared to offer ‘real value’ vouchers to attract and retain customers. The new medium of prepaid cards and the growth of online and mobile technology to reach even greater numbers suggests there are plenty more opportunities for innovation and growth in the B2B arena.”

Hot on the heels of the plastic gift card, a new wave of prepaid cards are being launched across Europe, with some people already opining that they could have an even greater impact on the market than the gift card.

The term ‘prepaid card’ is an umbrella definition that refers to all cards that are pre-loaded with a value. Unlike credit cards, the user can only spend up to that value. As well as gift cards, the prepaid card market covers travel money cards, prepaid debit cards, expense cards and even transportation cards such as Transport for London’s Oyster Card.

On the surface there seems little to separate them. However, most retailer gift card programmes are “closed loop” which means that the retailer issues the card and redeems it: the customer cannot spend the money elsewhere. “Open loop”, or network branded cards, are cards that can be spent with a number of different merchants because the cards are issued and redeemed using the open © payment network such as MasterCard or Visa. “Controlled” or “restricted” loop cards also use the open payment network but redemption is restricted to selected merchants, which makes them ideal for shopping centres.

Ken Howes, director of Edgar, Dunn & Company and a director of the Prepaid International Forum, shrugs off suggestions that the market is getting crowded and that the plethora of prepaid solutions – in the form of vouchers, gift cards or network branded cards – may be confusing the end user.

He says: “The gift card is just one example of many, many prepaid solutions where money is loaded on and taken away. There’s no reason why the proposition should confuse the customer. In fact, one of the many advantages of network branded cards is the versatility. That versatility offers huge potential and I think we will see some really innovative stuff in the next few years. Solutions that include “combinations of combinations” including, for example, transport credits with more traditional gifts, offer great opportunities to develop different propositions and branding ideas,” says Howes.

But not everyone is so convinced. Kevin Harrington, research and development director at Sodexho Pass & SayShopping vouchers believes there are fundamental differences in definition between “credit” vouchers and gift vouchers.

He says: “The biggest danger to the voucher industry is when people start comparing it to cash. The voucher business is about gifting and rewards and that is a very different proposition to giving somebody cash. Cash is not necessarily a motivator. The pure cost of a voucher is not as important as how special it makes the recipient feel when they receive one. A good voucher scheme will make a £10 voucher feel like £12 and as an industry, we have a responsibility to make this happen,” says Harrington.

Carlson Marketing loyalty director Mark Sage echoes Harrington’s concerns. “Unlike vouchers, where many of these can be purchased at a discount, cash on a debit card is simply cash, costing more to provide to customers. Many retailers haven’t yet fully integrated their marketing, so although they may give discounts on vouchers, they are not so forthcoming when it comes to a prepaid card, even where the card can be filtered so it can only be used at a select number of retailers. Other fees such as the cost for loading and issuing cards can make prepaid cards more expensive to manage than simple paper vouchers.”

Mark Simon, chief executive at Tuxedo Money Solutions, candidly admits that even though network branded cards are “big business in the US”, it could be a hard sell persuading UK retailers of the © benefits. “Plastic gift cards have worked well, but retailers need to recognise that there is much more they can do with plastic – but to do this we have to demystify and explain the advantages,” he says.

“For example, a gift card may have, say, £50 worth of prepaid vouchers stored on them – but what benefit does the retailer gain from this after the vouchers have been spent? With a cash card the cash equivalent could be used to open an account with the retailer so they could actually begin to form a relationship with the customer as opposed to providing a one-off transaction.”

Several companies, including shopping centres such as Trafford Park in Manchester, are testing the waters and have reported favourable consumer response to the branded restrictedloop cash cards. Maritz’s Brown says that plastic, stored value cards have promising potential in reward and recognition programmes and believes that filtered incentive cards, such as the company’s “ey” – Exclusively Yours – card, offers flexibility and choice, but also retains the trophy value of vouchers.

He says: “The card, which is supported by American Express, can be used at a wide range of retailers so it is possible to build memorability around the reward and, because it is reloadable, it can also be used for multiple initiatives, such as sales incentives, performance rewards or other ad-hoc payments.”

The VA’s Johnson agrees that network-branded cards have some potentially valuable applications, but points out they are also raising some fundamental questions. “An important part of rewarding with vouchers is the gifting proposition. There’s a feel-good aspect that is difficult to recreate with cash, and there is a danger that some schemes may loose that vital motivating element if they are just perceived as ‘branded cash’. Reward programmes should be about motivating people and that is ultimately what will drive the industry. However, the extension of business opportunities is great news for the B2B market.”