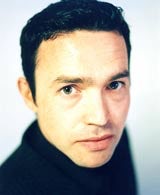 I went to a local Coffee Republic last month, and was told by the assistant that the branch was out of coffee. OK, maybe if the water had been cut off, a fuse had blown or a lorry had jack-knifed into the front window I might have understood, but running out of coffee?

It wouldn’t have been so bad if the Coffee Republic brand didn’t promise so much.

At Coffee Republic coffee is no longer a drink but an “event”, where normal language is forbidden. You don’t buy, you engage in theatre. Assistants, who are dressed in knock-off UPS uniforms, are called “baristas” and the humble coffee becomes a “short-black-Americano”. You are expected to order, then walk reverentially to the other end of the bar where, after much frenzied jet-spraying and banging, you are presented with the drink in a paper cup.

The theme park experience is completed by the opportunity to buy Coffee Republic merchandise so that when you get home you can sip Nescafé from your Coffee Republic mug and remember how you shared a laugh with one of the baristas while you sprinkled tinned chocolate powder on your tall-skinny-decaff latte.

So when a distribution failure occurs the fastidious over-branded experience is undermined for a brief moment. All of the carefully cultivated visceral motivations go out of the coffee-tinted window when all of a sudden consumers see Coffee Republic as just another badly run corner café that can’t get the distribution of its most fundamental ingredient right.

Another example of a company that can’t get the distribution of its fundamental ingredient right – though on a larger scale – is the Royal Mail. Last week it launched its new &£10m business and consumer marketing campaign, intended to highlight the fact that two-thirds of all Internet shopping deliveries are via Royal Mail.

The TV ad, which broke last week, features an embarrassing performance by Elton John. He flashes his diastematic grin at butch postmen carrying parcels while his new record plays. His overacting is accompanied by Royal Mail’s new strapline, “The Real Network”.

There is one obvious problem with this campaign. Like BT, Royal Mail celebrates its size but fails to convey any brand differentiation. Like BT, its ads are more like public information films than an attempt to convey any unique brand benefits. There is not a great deal of difference between this ad and the ad from the Seventies, featuring Tommy Steele telling the British public to write addresses more clearly: “Its York, not Yonk!”

But the main problem is that, unlike BT’s, the ad bears no relationship whatsoever to consumers’ real experience with the brand.

The Royal Mail is a “Talibrand”: in the space of a few years Royal Mail has reversed years of strong, reliable service and sent postal delivery into the Dark Ages.

The Royal Mail – and its parent company, Consignia, which sounds like a range of lino tiles – has achieved this by sowing strife and dissent among its staff and allowing its infrastructure and essential services to atrophy.

In the past year I have had gift vouchers stolen from mail; I have had important first-class mail delivered to me nine days after it was sent; and every day I get post addressed to other people. One common addressee is my next door neighbour, the British Union for the Abolition of Vivisection, which has an 8ft by 3ft sign above the door. And as for Internet shopping, my only experience of Parcelforce was having to sit at home, waiting all day for a delivery (they wouldn’t give a specific time) only to have the delivery man shove a card through the letterbox because he couldn’t be bothered to knock.

Somehow, I don’t think that my experiences are unique.

The most worrying development is that, while Royal Mail is cutting costs by &£1bn, it is increasing the size of its marketing staff. In most cases this would be a welcome development, but for Royal Mail it is a disturbing one. It smacks of a management that is attempting to market its way out of a product crisis.

The TV ad tries to use humour – in this case of the Carry on Camping variety – to get people to like the brand. The result is that, although we may laugh at Elton John mincing about his living room, we still feel cold about the Royal Mail brand because our experiences of it completely contradict the marketing.

This is in sharp contrast to Coffee Republic, where consumers’ experiences of the brand (usually) work with the marketing.

Though Coffee Republic screwed up the supply of its most essential ingredient, and its in-store marketing carpet-bombs the English language, the experiences it creates are effective.

The most effective marketing campaigns aren’t those that make people laugh – or even those that convince people to make a rational buying decision – they are campaigns that influence the way we consume. Once a brand becomes an essential part of the rituals of consumption it is on the way to becoming generic.

Advertising that doesn’t engage with consumption rituals, no matter how funny or clever, will have little impact on the success of the brand.

Though Royal Mail is, by default, a generic brand for postal delivery, the only consumption rituals it creates involve consumers having to deliver other people’s mail and constantly complain about poor service.

What the Talibrand regime at Royal Mail seems to avoid recognising is that what consumers and businesses want isn’t a “Real Network” but a “Reliable Network”.

CCHM has won the advertising account for a new motoring Internet site part-funded by motor-oil company Castrol, without a pitch. The site, called Motoreasy, has been allocated £1m for national press advertising next year to tie in with its launch in early 2002. Extra money for a TV campaign is being considered for the end […]

Insurance company Churchill is jointly to oversee the Prudential’s general insurance marketing when the two companies set up a combined marketing committee in January, following a deal completed last week. Prudential marketing director Roger Ramsden, who joined the company last month, will have a place on the committee along with Marie-Ange Bouchard, marketing director of […]

You printed an answer to my letter about BA from someone who works for a major carrier but prefers to remain anonymous (MW October 25). I’m afraid Anon completely misses the point. My criticism was that BA and the other big boys kept on looking through the eyes of airlines, not airline passengers. The low-cost […]