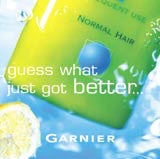 L’Oréal is expected to unveil product launches in the haircare market after digesting the results of research that revealed that black women in the UK spend six times more on haircare products than white women.

Other haircare companies, such as Procter &amp; Gamble-owned Wella, are also thought to be gearing up for major marketing pushes to ethnic minorities across Europe.

L’Oréal already targets ethnic markets in the US, through its acquisitions of several smaller businesses including Soft Sheen, bought in 1998, and Carson, bought in 2000. It claims to have a 30 per cent share of the market for ethnic haircare products in Europe.

The French beauty company has also spent $11m (&£5.8m) setting up a Chicago laboratory, the L’Oréal Institute for Ethnic Hair &amp; Skin Research, where it spends a third of its $650m (&£344m) research budget.

Rival haircare companies Alberto Culver US and Wella Manufacturing have also bought ethnic haircare brands and are thought to be considering making major efforts in the UK and Europe. The UK’s diverse communities, including ethnic, religious and sexual minorities, make up a &£120bn market.