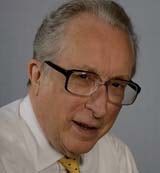 Consumers demand the same levels of truthfulness and accountability from online advertising as they expect from offline ads, Lord Borrie, chairman of the Advertising Standards Authority, will tell the UK’s leading advertisers this week.

Speaking at Thursday’s annual conference of the Incorporated Society of British Advertisers, Lord Borrie will warn marketers that they risk irreparable damage to their own brands if they fail to regulate themselves properly on new media platforms.

Lord Borrie will cite new research from the ASA which shows that while the “technical elite” (the most sophisticated users of new media) would like less regulation of new media advertising, they represent a very small proportion of consumers who, on the whole, want online ads subject to the same regulations as offline ones.

Consumers are willing to let more risquÃ© material appear in interactive platforms, but they want it clearly signposted. They also expect all ads to be truthful, no matter where they appear. In general, big brands are seen as more trustworthy, but consumers think they should be creating “safe zones” where ads have been checked and can be trusted.

The purpose of the ASA research, conducted by iBurbia, was to identify what new sorts of advertising consumers are encountering and establish whether consumers expect the ASA to regulate new media advertising and whether they believe the regulations are different for “push” (ie broadcast and print) and pull (ie online) advertising.

Consumers expect interactive television ads to have been checked in the same way that traditional broadcast ads are; only the most sophisticated users understand that once they click on a red button, they are no longer in “TV land”.

On broadband services, all ads should still be truthful, consumers felt: but consumers understand that the nature of the internet means it cannot ever be entirely regulated.

Finally, consumers are uncertain whether mobile phone advertising is regulated or not. Text advertising was found by most to be obtrusive and annoying, and there was a real distrust of third-party advertising – although respondents believed that the network providers were responsible for most text advertising.