In a TV ad for Elvive Full Restore 5, Cole says: “Weak, limp, lifeless: it’s time our hair got a life.” The singer goes on to say: “My hair feels stronger, full of life, replenished and with a healthy shine. It’s got its mojo back.” Text on screen then adds “Styled with some natural hair extensions.”, a statement repeated in outdoor and magazine activity.

The ASA received 40 complaints about the campaign.concerns expressed that the effects shown on hair could not be produced by Elvive as Cole was wearing extensions. Some also said that the products shown were not suitable for use with such extensions.

L’Oreal UK said that there had been a rigorous consumer test of Full Restore 5 on people who did not have hair extensions and that the results showed the benefits over the products were achievable.

The company said that the ads, created by McCann Erickson, “were not intended to promise that consumers would look exactly like Cheryl Cole and the average consumer would understand the effects would vary according to hair type as well as how hair was styled.”

It added that the hair extension line in the ads was added “not as a disclaimer but because they wanted to be transparent” and that Cole’s portrayal in the ads was “entirely consistent” with her public image and she had not been transformed “above and beyond” that image for the campaign.

The ASA said that it thought consumers would understand that individual results would vary according to their own hair type and that they would not be misled into thinking the product would replicated for them Cole’s professionally styled hair.

Data from the lead generation website activeyou.co.uk is being merged with three others – holidayyou.co.uk, claimjunction.co.uk and mobilitycompare.co.uk – in a new leads database being created by Attinger Jack Interactive.

Diet Coke has launched a content hub on Facebook for its Love It Light campaign as it looks to social networks to drive engagement with its target audience. 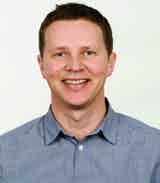 Young people’s attitudes can flummox older generations but they need to consider Generation Y’s life priorities to get a better understanding of today’s youth, says Steve Mellor, youth and kids senior consultant at Harris InteractiveGeneration Y (13-28 year olds) seem to be a very difficult generation to make sense of. Youth priorities seem to have changed over the years leaving many – including marketers – struggling to understand how to interact with young people.