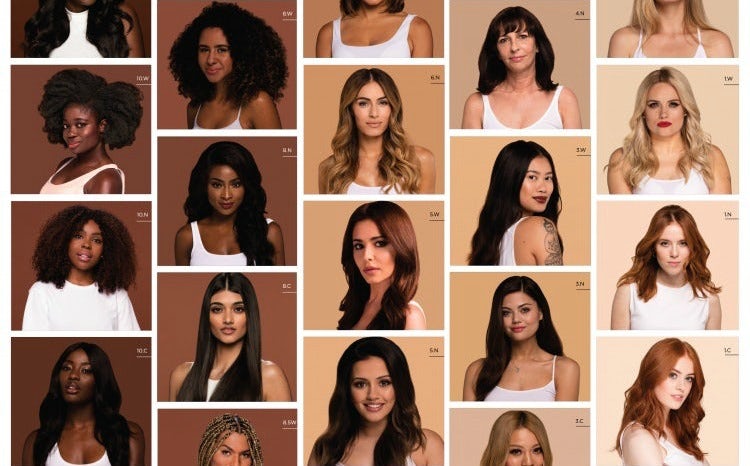 L’Oréal has developed a tool, dubbed cockpit, that measures the ROI and productivity of its digital media investments so it can see what is working in real time and make decisions on where to spend.

The tool, developed with cloud business Domo, allows every marketer, product manager and media owner at L’Oréal to have a “clear view on what’s working and what’s not working”, according to chief digital officer Lubomira Rochet. It tracks more than 20,000 data sources in real time to view performance across digital media – from its own website to Instagram or YouTube – using metrics such as share of voice and performance measures including fraud, viewability, CPM and CPC.

The decision to build the tool came about because as digital marketing becomes “more complex”, L’Oréal wanted quick ways to experiment and test campaigns and the capability to scale what works. That way, L’Oréal avoids the mistake of giving its marketers targets for how much they should invest in certain channels, instead allowing them to invest in areas that offer the most ROI.

“We have many debates in the industry on ‘is digital advertising working?’ What we see is that you don’t have one answer to that; you really have to start from your local consumer behaviour, your category footprint and build the strategy from the ground up and not the other way round,” she says, speaking to Marketing Week during Cannes Lions.

Cockpit has led to changes in how L’Oréal invests because it has done away with “preconceived ideas”. For example, in skincare L’Oréal has tested its media execution at scale across countries to see the impact of investing more in certain search terms and less in others.

Through these hundreds of experiments, L’Oréal has developed a playbook so it knows what works and what doesn’t in each category and country. That means that in make-up, for instance, L’Oréal invests more in social and digital, while skincare is more about search and haircare relies on traditional media.

“If you start by saying, ‘you should be investing 40% of your media in digital’, it makes no sense. There are countries where TV is still very dominant, but in some other areas of the world where everybody has leapfrogged to video and social you invest 70% of media there. That’s why having a decentralised model like we do in L’Oréal is very helpful,” she adds.

If your digital strategy is based on acronyms it is not going to work – it has to be built around competitive advantages.

A key decision that allowed L’Oréal to build cockpit was the move to bring its ad tech stack in-house. It partners with the Google DoubleClick suite on digital buying, with Rochet saying the decision has “reduced risk” by improving control and transparency.

“Where before sometimes we were working with agencies who were working with very different ad exchanges and we had no idea of the data quality overall, now we have one partner and we control everything we do. By reducing the number of partners you reduce the risks in terms of data and you increase the quality of inventory,” explains Rochet.

She admits the move to in-house took a lot of time and required L’Oréal to recruit and upskill its people and its agencies to be able to run campaigns. “It was one of the first big programmes we rolled out – it’s called ‘Precision Marketing at L’Oréal’ – and this is something that was a very deep change in the way we did media.

“We were very conscious of the risks in terms of fraud and viewability so we really had to work hard on this one. Because we are the world’s third biggest advertiser, we really wanted to make it work.

“But for us it’s a very simple thing – we have to have the right media mix and the right execution. It’s exactly the work we have been doing on the rules of engagement.”

L’Oréal is now starting the second phase of its digital transformation. Rochet was initially brought in during the first phase when the company shifted to a digital-first mindset, which she freely admits wasn’t the case when she joined but she has now seen digital become the heart of its marketing, communications and go-to-market strategy.

To facilitate this transformation, L’Oréal has upskilled 20,000 of its people and recruited 2,000 digital experts and put a focus on personalisation. Two-thirds (65%) of L’Oréal’s digital media is now traded programmatically and that, says Rochet, means L’Oréal is now able to do “precision marketing at scale” and personalise interactions including its advertising, newsletters and websites.

“Today, when we have meetings, we start with the digital creatives and do TV off the digital execution. In terms of the creativity, it’s a big pivot that has happened in four years,” say Rochet.

The focus has bred results. In 2017, it generated €2.1bn in ecommerce revenue – equal to 8% of its total business and making it L’Oréal’s “third largest country” – without cannibalising other channels and acting as recruiting tool, claims Rochet.

And now L’Oréal is entering the second phase: reinvesting in the consumer experience through innovation, services and personalisation. And for that L’Oréal is looking to new technology such as augmented reality, conversational commerce and artificial intelligence. To accelerate this, in March L’Oréal bought Modiface, which develops custom AR beauty apps. 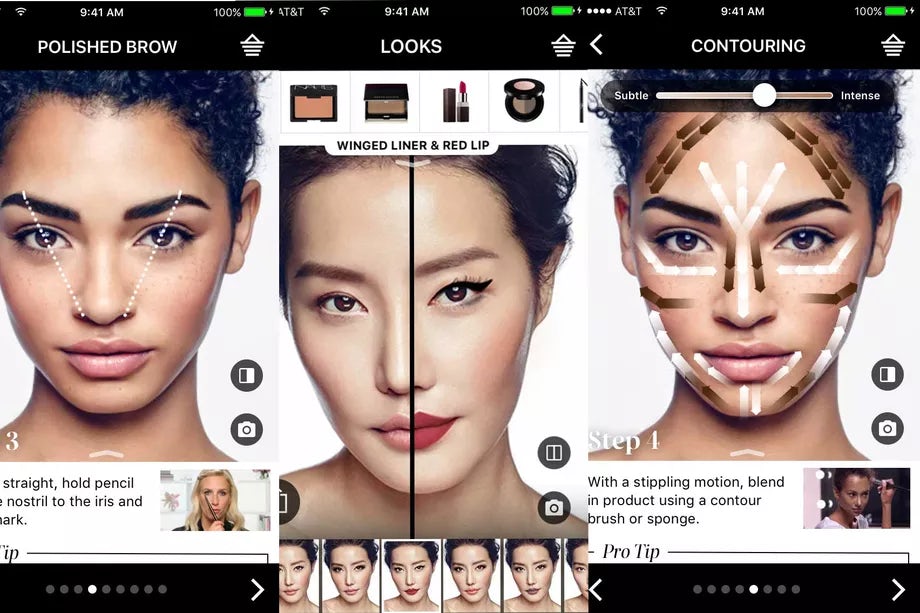 “[We bought] Modiface because we believe this technology is so critical for the reinvention of our industry and the discoverability of our products and brands that we wanted to have more than a partnership with those guys, we wanted them in-house. We have R&D on L’Oréal products and now for services and digital we have Modiface, which is kind of R&D for creating the future of beauty.”

Digital transformation has led to L’Oréal internalising more and more capabilities across data, media, ecommerce, content and social. Rochet believes this is necessary because of the speed at which the company now has to innovate, and she speaks of L’Oréal “industrialising” its capabilities in digital, for example by building out “website factories” so that it can roll out up to 200 new websites a year and embed new tech, such as that developed by Modiface.

That doesn’t mean L’Oréal won’t be working with agencies in future, it still sees itself as part of an “ecosystem” with the company at the centre. However, the ways they work together are changing – from spending six months on a TVC to A/B testing social content.

If you start by saying, ‘you should be investing 40% of your media in digital’, it makes no sense.

“For us partners are very important because they keep us fresh and innovative, both big digital players and startups,” she says.

“But we have to work in more agile and co-localised teams. What we see at our agencies is they are breaking their own internal siloes; having [separate] teams doing TVC, digital, research, social – that doesn’t work. The consumer is seeing all of that, they don’t care who does what they want to see a brand story.”

For other companies looking at digital transformation, Rochet has some advice. “Understand the disruption, how it builds a company advantage, and choose three battles – you cannot do more than that. The problem is, too many people try to do everything, but every day a new thing comes up. If your digital strategy is based on acronyms it is not going to work – it has to be built around competitive advantages.” 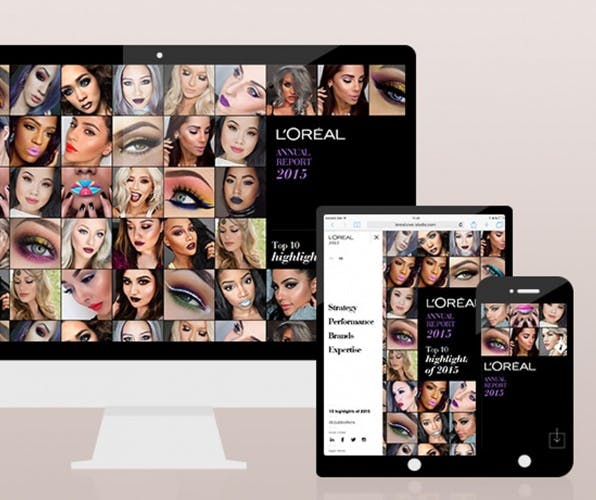 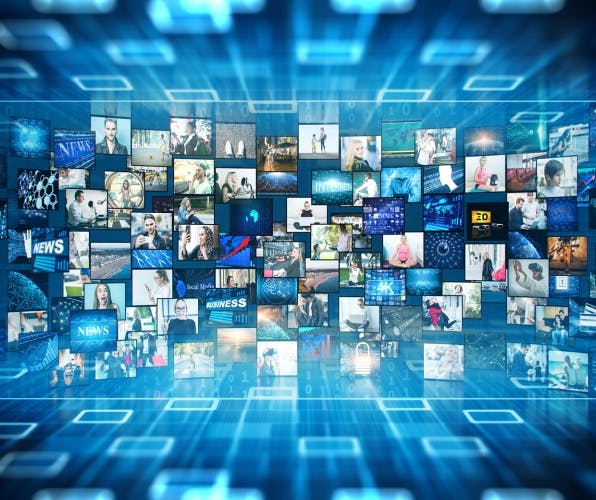 Deutsche Telekom expects more brands to bring aspects of media buying in-house as they look for greater control and flexibility.