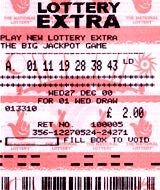 Camelot’s plan to increase contributions to Good Causes by 50 per cent to &£15bn over the course of the next seven-year National Lottery licence has met with some scepticism.

It will require an increase in weekly sales from &£100m to &£135m, at a time when interest in the game is waning and a host of Internet alternatives are set to launch.

Lord Burns, chairman of the National Lottery Commission (NLC) which appointed Camelot to the next licence over Sir Richard Branson’s The People’s Lottery before Christmas, told MPs last week about his expectations for sales through the licence period: “We take the view that the level of sales has settled down to &£5bn a year. In any 12 month period it’s been &£4.5bn to &£5bn. We take that as the region we should be looking at.”

So Camelot will have to fire on all cylinders to reach its ambitious targets – and also to satisfy its shareholders. It has promised to halve the profit it takes from running the lottery to 0.48p in the pound, and will have to compensate by increasing sales. The &£51bn in sales it forecasts should bring in &£245m in profits over the licence period.

Camelot will be pinning some of its hopes on turning the game into a media opportunity, with plans to put advertising on tickets and seek sponsors for games (MW last week).

A Camelot spokesman says: “We sell about 30 million tickets a week, making about &£100m of sales, so it’s a good opportunity for advertisers. Television shows might be sponsored, but sponsorship of games such as Thunderball or the main draw is not on the cards at the moment.”

Media buyers see opportunities for advertising on tickets, particularly if there is a sales promotion mechanism included. The National Lottery creates nearly 30 million losers a week, so brands might not want to be too associated with the disappointment of customers failing to win the jackpot. But if losing tickets were then redeemable against leading brands, such as confectionery or snacks, it might take the sting out of the experience.

Camelot says it needs to pilot the system first before it can assess how much of a money-spinner Lottery ticket advertising will turn out to be. Sponsorship appears more difficult. Matthew Patten of M&C Sponsorship says: “I can see it as third party licensing, but not as sponsorship property in itself. It would need to carve out a clear offer which is more than playing the game.”

And Tess Alps of New PHD says: “Sponsoring it is very odd. It is a charitable institution. What are consumers getting from a sponsor? The Camelot brand would have to be perceived to be making it better.”

But clearly, it will take a lot more than ads on tickets if Camelot is to meet its revenue targets.

But he adds that the regulatory framework will have to be relaxed if the sales targets are to be met.

“There are factors in that &£15bn [to go to the Good Causes] that depend on the regulator lightening up to work with us. We have got plans on TV game shows, but we need the broadcasting regulations to be eased,” he says.

He says Camelot’s extra marketing spend could be used to sponsor events and TV programmes. But marketing alone will not achieve the increase in sales – the NLC will need to permit more exciting games.

The operator wants to increase average spend on the Lottery from &£3.48 a week to &£4.48 over the seven years of the licence and raise participation from 65 per cent of the population to 66 per cent. “We are looking at five to six per cent increases in sales each year. We would wish to refresh the brand in a variety of ways, through point of sale and marketing,” he says. The marketing budget is to increase to &£90m a year from &£58m.

A new set of campaigns linking Camelot with the Lottery Good Causes at a regional and national level will also be developed. This will involve telling people what Good Causes have done in their areas. A body to co-ordinate announcements with the National Lottery Development Fund will also be launched.

Camelot has tried similar moves before – with ads showing brass bands as an example of where the money goes. There was also a poster campaign which varied from area to area showing what lottery funds had been spent locally. The new strategy will build on this.

However, such a strategy appears to contradict the thrust of Camelot’s fight against Branson. That is, people buy tickets to win, rather than to help good causes. It could also lead the public into equating Camelot with the distribution bodies. The company is the first to complain that the public does not understand that it does not distribute funds when controversial projects such as the purchase of the Churchill letters are concerned. But the spokesman says the aim is to inform, rather than confuse.

The NLC will not hold Camelot to its sales forecasts, but the company’s shareholders will. It will need to milk every revenue opportunity it can to keep them happy, and, of course, make sure it has an acceptable public face far removed from the fat cat image of the past.