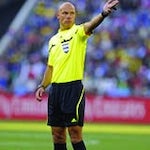 The company has switched sponsorship from its Air Asia airline brand to help push its budget hotel brand Tune Hotels, which will open its first European branch in London before the year’s end.

The deal also covers the npower Championship, Football League and the FA and Carling Cups.

Tune is hoping English football’s global popularity and estimated 3 billion television audience will increase recognition and interest in his brands.

As part of the deal, the Tune Group logo will appear on the shirt sleeves and training wear of all match referees and fourth officials.