The company produced two national press ads, one showing a photograph of a woman stitching the handle of a handbag and one showing a woman creating the folds of a wallet.

The accompanying copy for the seamstress picture included the line “One could say that a Louis Vuitton bag is a collection of fine details. But with so much attention lavished on every one, should we only call them details.”

Three complainants to the Advertisign Standards Authority (ASA) challenged whether the ads, created by Ogilvy & Mather, misleadingly claimed that Louis Vuitton products were made by hand.

The company defended the campaign by saying that their employees were not assembling pre-packed pieces but were taking individual handcrafted and hand-sewn parts through a range of hand-made stages to reach a final item.

Louis Vuitton added that the use of hand sewing machines and associated tasks were “part and parcel of what would amount to ’handmade’ in the 21st century”.

The ASA noted that the images were “stylised interpretations of real stages of the production process” but considered that consumers would interpret the image of the seamstress, alongside the claim “infinite patience protects each overstitch… One could say that a Louis Vuitton bag is a collection of fine details”, to mean the bags were hand stitched.

Prophet’s own annual study on corporate brand reputation, which surveyed 4,600 consumers in 2009, showed that in the fast food industry, being perceived as a company that actively contributes to its local communities, gives money to good causes, and is socially and environmentally responsible is a key driver to purchase and recommendation. 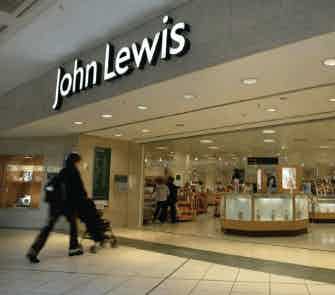