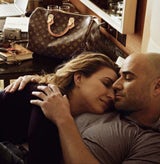 The WPP-owned agency pitch against several agencies including Razorfish and Digitas.

Last year, the luxury brand launched the first television and cinema ad campaign in its history.

The 90-second TV ad, created by Ogilvy & Mather (O&M) in Paris, intended to be an “intensely atmospheric” representation of travel, harking back to Vuitton’s core offering of luxury leather luggage.

The press ads featured the former USSR head of state Mikhail Gorbachev and French actress Catherine Deneuve. The TV and cinema ads in contrast did not feature any famous faces and carried limited product shots.

Elsewhere, last month an advisor to the European Court of Justice rejected claims by Louis Vuitton that Google had infringed upon its copyright by selling ads against its name.

The company, together with other brand owners, had launched legal action against the search engine to trying to stop it from profiting from their trademarks.