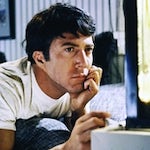 Customers can watch the movies, including Tarzan and Thelma & Louise, on a pay-per-view basis.

The deal marks the latest move in LoveFilm’s expansion strategy, which has so far included content deals with Warner Bros Entertainment, as well as deals with Samsung and Sony to offer the on-demand movies through their TV sets.

It is understood LoveFilm is boosting its streaming service in anticipation of the expected arrival of US movie streaming giant Netflix in the UK.

LoveFilm also plans to launch on the Sony Playstation 3 and is eyeing a potential tie-up with Project Canvas.