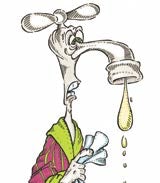 The Diary can only imagine how hard advertising types have to work. Clients have to be satisfied, consumers engaged and marketing solutions providedâ¦ and for agency Love, farting and burping noises must be made.

The creative types at the Manchester-based agency certainly put on their thinking caps when they won the contract to promote an exhibition in the city called Grossology/ The Impolite Science of the Human Body.

A radio ad featuring children doing what they do best (farting and burping) was nominated for an award. Press ads featuring puns on the word “snot” appeared in local papers, and whoopee cushions were sent out as part of a mailshot.

They even lovingly prepared a viral featuring a farting granny. Nice.

But the Diary salutes whoever came up with the groundbreaking idea of playing loud farting noises in a Portaloo in Manchester city centre and filming passers by.

The team were so pleased with their antics that they put an annoyingly amusing film of the stunt on their website.