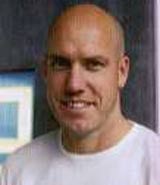 HSBC is the latest in a string of losses for the agency. Before Christmas, Lowe shed Unilever’s &£20m Surf detergent account in several markets across Europe (MW December 4, 2003), as well as the global &£40m Braun account. And the New Year brought more pain from Unilever, which called for a review of Lowe’s &£25m global Flora business. There was also speculation that Unilever’s oral care brands may leave the agency.

The loss of HSBC has put more than 40 jobs at risk in Lowe’s London office, which managed the account worldwide, and where morale is said to have hit rock bottom.

It has not been the best first year for UK chief executive Matthew Bull, who says the HSBC loss needs to be put into perspective: “It’s a tough blow for Lowe. But it’s just one account lost. The people here and the creative work are better than ever.”

One agency head says that Bull is unlikely to be made a scapegoat, believing the losses to be symptoms of a longer-term global malaise.

He points instead to Lowe Worldwide chief executive Jerry Judge, whose replacement of agency founder Frank Lowe in 2001 marked the start of the tailspin. An IPG insider in New York says IPG chief executive David Bell recognises the problem and plans to take action. “Bell has specifically indicated that Lowe is an area that needs fixing and was only waiting for the HSBC result.”

But Judge claims there will be no drastic measures and that the HSBC loss was a “bump” on the road to recovery. “Lowe made a hardy profit last year. We feel financially robust; bloodied but unbowed. We are in the process of being modernised, but there will be no major changes.”

Judge says that Lowe is in the second of a three-year modernisation plan, which will see the agency work more closely with sister integrated agency Draft. The company is focusing on growth – evident in the hiring of Mark Goldstein from Fallon as global chief marketing officer for Lowe Worldwide.

However, despite a reminder from Judge, in a leaked internal memo, that “everybody in the company is in the PR department”, staff have broken ranks to talk about the negative atmosphere in the agency. One says: “Judge is running out of people to fire.”

Marketing Services Intelligence editor Bob Willett says Lowe’s managers must take the blame. “There has been a loss of direction at the top. It does pose question marks over the IPG and Lowe management.”

But management changes may not be the best solution, with one agency insider saying a succession of ineffective managers had already caused damage.

By 2003, the agency old guard had all but disappeared with the departure of Lowe Worldwide president Tim Lindsay. Since then, chief executive Chris Thomas, chairman Paul Edwards, creative director Tony Barry and managing director Jeremy Bowles have also left.

This managerial merry-go-round has further exacerbated difficulties arising from the 1999 merger of Ammirati Puris Lintas with Lowe. Although the Lintas global client list coupled with poor creative record looked a perfect fit for Lowe’s strong creative reputation yet geographically patchy network, sources say the merger was badly planned and left agency staff fighting against each other. 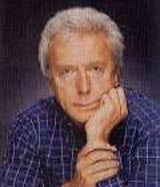 But it is ousted agency founder and creative maverick Frank Lowe that many point to as the reason for Lowe’s problems, as much as its past success. Lowe, says one rival agency head, formed the agency in his own image: arrogant, creative and ambitious. It is an approach that worked in the Eighties, but has become an albatross for the agency as competitors have become more aggressive in their marketing to new business prospects.

Another agency chief suggests that Lowe’s failure to create a truly global network proved to be insufficient for clients such as HSBC, which was eventually swayed by WPP Group’s strength in core markets such as Asia.

Lowe’s lack of global strength has led to merger speculation with a view to strengthening the network in core markets. Deutsch in New York and Delaney Lund Knox Warren in London, which is already partially owned by IPG, have been mentioned.

But potential client clashes and management reluctance have dampened these specific rumours. A Delaney Lund source also adds: “IPG can’t afford a packet of crisps, given its debt. It is not an option.”

An alternative course of action for IPG is to merge Lowe with an existing network, either FCB Worldwide or McCann Erickson, but again client conflict is an issue. One agency head adds: “Any merger would hurt the shareholder value and would see IPG fall behind rival networks in terms of ability.”

McCann and FCB also have their own problems. One FCB source says: “We have a job turning FCB around, let alone taking on Lowe.”

A possible merger with IPG’s integrated agency Draft is also unlikely, due to the agency’s fundamentally different approach.

But Lowe may not need such a drastic remedy. Even without HSBC, the London office bills close to &£200m a year, and boasts a number of respectable creative accounts, such as Stella Artois.

The agency seems to have turned a corner with its Vauxhall relationship, having been given a number of assignments recently, and Nestlé and Johnson &amp; Johnson look safe for now.

But there are rumours of chief operating officer Paul Weinberger and Frank Lowe setting up a start-up to house Tesco. These, however, are dismissed as “fantasy” by a Lowe source, who adds that Lowe and Weinberger’s non-compete clauses in their contracts would prevent them from poaching a client.

It is the Unilever relationship that could prove key to Lowe’s future. Despite Bull’s recent attempts to foster closer ties, this still hangs in the balance. One ex-Lowe manager describes Lowe as being a “dirty word” at Unilever as recently as last year.