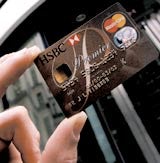 Lowe Lintas picked up HSBC’s £150m global account in 1999 and the bank has been considering ways to consolidate its UK ad spend.

New PHD retains the media buying business for HSBC in the UK.

HSBC general manager of marketing Ian Ogilvie says: “We’ve had an excellent relationship with St Luke’s over the years and it has provided us with some great advertising.

“The HSBC Group is establishing a single global brand and we need an agency with a similar perspective.”

When Lowe Lintas won the global account it was given the task of rebranding 18 companies in 79 countries. St Luke’s won the work to rebrand the Midland Bank as HSBC in the UK in 1998, replacing the old griffin with HSBC’s red and white hexagonal symbol.

HSBC is a wholly-owned subsidiary of the Anglo-Chinese HSBC Holdings Group, which acquired HSBC, then the Midland Bank, in 1992. HSBC has 5,000 offices around the world, with 1,700 in the UK.

In February last year the company reached an out-of-court settlement with the smaller HFC Bank over claims that HFC customers were confused by the similar names.