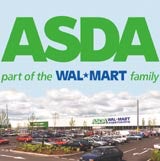 Supermarkets have been battling it out on price for much of the past decade. And since Wal-Mart’s takeover of Asda in 1997 for &£6.7bn, the price issue has taken centre stage as each grocer tries to assure its customers that it offers value that cannot be beaten by any of its rivals.

This has left the promotions and incentives (P&I) industry constructing basic two-for-the-price-ofone and standard buy-one-get-one-free offers and, if customers are lucky, the occasional prize draw. Even loyalty cards are just another way of offering targeted price promotions. But now, some in the industry sense that the obsession with price is coming to an end and that supermarkets are starting to be more imaginative in the kinds of promotions they run.

This may be just wishful thinking on the part of the P&I industry as it seeks to win new, more interesting and more profitable contracts. But perhaps they have a point.

The power of the supermarkets was built in the Eighties on their ability to “desensitise” the price issue and to put other factors, such as convenience and quality, to the fore. They risk losing this positioning altogether by concentrating on nothing but price cuts to increase volume sales. If each chain claims to have the lowest prices, why should shoppers choose one over another?

Battle in the air

The battle between Sainsbury’s and Tesco over Air Miles – with Tesco winning the contract from Sainsbury’s to offer Air Miles as part of its Clubcard scheme – indicates that the promotional battle is hotting up. Supermarkets are seeking differentiation, rather than leaving loyalty to location and brand.

One sales promotion executive trying to encourage supermarkets to break the cycle of promoting ever-greater price cuts is John Wigram of sales promotions company IMP. “Everybody seems to have slipped into a vicious circle. The reason that price has been the battleground among supermarkets is because the balance of power has switched away from brand owners,” he says.

He believes retailers and brand owners need to work together to move away from promotions that just scream “We are the cheapest.”: “We have heard grumbles from brand owners that they are not allowed to do anything. There could be meetings between brand owners and retailers, but retailers control the agenda. The proposition is theirs and there is no point going to the table with anything other than a really good price promotion.”

But he accepts that in some cases this is changing. “We discovered that this is true in some instances, but increasingly retailers are looking for promotions that do more than that.” He says that what is needed are more recipe and “meal occasion” suggestions, more in-store demonstrations and sampling, and more education and information about products. He calls for brand owners to become more creative in their use of promotions, rather than delivering price promotions as demanded by retail buyers.

Supermarket buyers tend to think of their categories solely in terms of profits on individual products, rather than trying to build loyalty and profitability for the whole category. He believes brand owners with creative promotions ideas should ensure they have retail marketers present when they discuss these with the supermarket buyers. “Retail marketing people understand the bigger picture, they look at more than just the margin per category. If you get a retail marketing person at the table and think about the 18-month cycle, you will have more differentiated promotions,” he says.

Wigram says Tesco is a chain that would benefit from more interesting promotions, and believes that it is considering this, with tests running in the flagship Cheshunt store, near its headquarters. A Tesco spokesman says: “We have invested more than &£1bn in the past five years in cutting prices, and we know our customers want low prices above everything else. We have hundreds of cuts running in stores, but we are committed to running promotions for our customers as well.”

According to JP Lincoln, a board director at sales promotions agency Ignition Claydon Heeley, supermarkets have already decided to move away from focusing solely on price, and are now calling for top brands to give an element of tailor-made, distinct promotions.

“What retailers are asking for is more ‘retailtainment’ and added value. They want prices kept down, but they also want customers to think there’s something more interesting going on in their store,” he says. He adds that the nature of brand owners’ promotions are changing and that where previously they would run on-pack umbrella promotions, these days retailers are looking for something tailor-made.

But he says: “They want to have their cake and eat it.” In other words, retailers want their own promotions that reduce prices, but which also increase store loyalty and have some added-value element.

Lincoln continues: “There are interesting times ahead. If everybody goes for low price and claims to be the lowest price chain, you get parity, there is no uniqueness. But retailers are saying they want to be price conscious and offer ‘retailtainment’. The big power brands are in the best position to achieve this, they have the budgets to deliver something different from the norm.”

Stewart Baxter, Marketing Drive’s board account director for Total’s TOPS loyalty card scheme, says the petrol forecourt market is one that saw an enormous amount of pressure to revert to price-based promotions in the mid-Nineties, when Esso launched its PriceWatch scheme. “At that time, Total was a much smaller player in the forecourt market, although since its merger with Fina and Elf, it has become more significant. Total runs a customer loyalty scheme through its TOPS card programme, which was first created by Marketing Drive. Our regular annual research with customers has always strongly indicated that they prefer a loyalty programme to countless price-based promotions.”

He says that as buying petrol would be considered (in marketing terms) a “low interest” sector, regular promotional activity through a loyalty scheme is much more likely to drive regular customer visits.

Part of the problem with the focus on price in supermarkets is that it leads to a “stale shopping experience” according to Nick Cunningham, managing director of promotional marketing agency Dynamo. “When you work with national account managers to create a promotional programme, you know that if you tie in retailer initiatives, you are likely to get something more than just price promotions,” he says.

The important thing is to try to make the retailer feel it will miss out on something if it does not take part. He gives the example of work the agency did with a soft drink sold through Safeway stores. The retailer wanted the drink to run a three-for-the-price-of-two offer, but the soft drink company was keen to run a promotion that involved more brand building and linked to its sponsorship of a football property.

The agency came up with the idea of running a promotion offering a “trick football”, which attaches to the feet with elastic, as part of the offer. As an “upweight” of the promotion, it ran a prize draw in the top 200 Safeway stores offering a football table as the prize. “Sales were higher than they would have been for the three-for-two offer. Tailor-made promotions are a much better way of getting more activities into stores,” says Cunningham.

IMP researched the issue and has published its findings in a document called “Putting the consumer back into promotions”. It includes comments from various people involved in promotions, such as one head of in-store demonstration at a major grocery multiple, who says: “Our biggest problem is congestion – suppliers want to put millions of offers in. At Christmas, customers just want to get through the store. The huge danger is that we are just adding to customers’ discomfort.”

And another supermarket executive says: “Yes, I’m disappointed by the general standard of promotional proposals. They need to look for ways of adding value and they aren’t doing it. They’re supplyrather than customer-driven.”

The report raises a number of possible ways out of the price-promotions vortex and it says that it is down to brand owners to suggest these ideas for promoting added value. It calls for more cross-promotions, and suggests Heineken could team up with Kettle Chips to do a tie-up for the World Cup. Retailers should introduce time sensitive promotions, with happy hours for certain product categories – although this is dependent on the electronic point of sales systems having suitable technology.

Retailers could capitalise on the “rhythm of the aisles,” identifying those in which people tend to shop more slowly – such as by chiller cabinets – and take the opportunity to hand out leaflets, or get shop assistants to direct people to specific products. Out-of-town stores could make more use of demonstrations.

In the Nineties, “the consumer was king” and price was all important – which in itself was a reaction to the spendthrift days of the Eighties, and the ensuing recession. If the sales promotion industry has its way, retailers will swing away from the vicious circle of price cuts and move back to adding value through promotions.

The Evening Standard may present a sober, suit-wearing image for public consumption, but the newspaper obviously harbours a number of subversive cross-dressers, judging by this pic. of group head of agency sales Michael Craig (he’s the one on the right…). And look at his female colleagues in the ad sales team. Are they waving their […]

The Evening Standard is reviewing its £2.5m advertising business held by Bates UK. It is not known if Bates is to repitch. Managing director Sally de la Bedoyere will oversee the search for a new advertising agency. Marketing director Jane Hayman was made redundant in February and has not been replaced. Former Daily Mail deputy […]

There is, as Britain’s most famous landscape gardener was fond of saying, much capability of change here. The issue, where the UK media landscape is concerned, is what form this transformation will take. The Communications Bill leaves many things out – and rightly so, because it is a piece of draft legislation, which will require […]