Brands need to evolve their loyalty schemes to focus on customer experience and service, rather than discounts and prices, if they want to get the most out of the schemes. That is the conclusion of a new report into loyalty schemes and their impact on Britons’ shopping behaviour.

The study, conducted by Nielsen, found that British shoppers are among the most likely in the world to have a loyalty card but among the least likely to actually use them.

The data shows that 89% of Britons are a member of a loyalty scheme, ahead of the global average of two-thirds of shoppers and behind only Finland. They also have one of the highest numbers of loyalty cards per shopper – at 3.6 – behind only Japan and Lithuania. 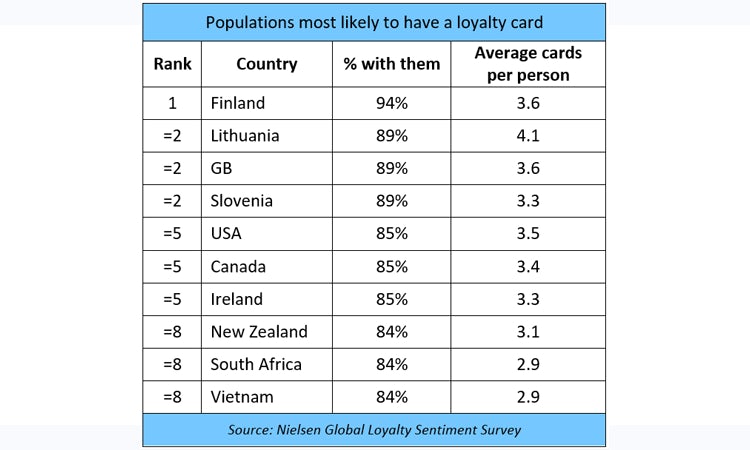 Yet despite this, loyalty cards are much less likely to impact purchasing decisions in Britain. Just half (51%) of those surveyed said they would buy from a retailer with a scheme over one without, if all other factors were equal. That is the second lowest figure globally, ahead of just Denmark.

Speaking to Marketing Week, Nielsen’s UK head of retailer and business insights Mike Watkins, says much of the dichotomy is down to the hugely competitive retail market in the UK and the sophistication of shoppers. Plus, it is now common for consumers to “passively acquire” a card when checking out online without thinking about whether it is something they actually want or need.

Yet that is not to say there aren’t problems with the loyalty market. The majority are still traditional, analogue and card-based, relying on cash offers, money-off shopping incentives or vouchers and this is why they are becoming less relevant.

“Shoppers want a loyalty scheme that is much more linked to the overall customer experience and customer service. Modern schemes offer what customers want and engage with them, stretching brand equity,” he explains.

Price is not a differentiator. Brands need to differentiate with experience, and become more personalised and more connected.

He cites the example of the Mark & Spencer loyalty card, Sparks. Launched last year it does allow shoppers to accrue points but also offers them experiences and a link to its financial services product.

“[M&S] has offered something that feels like you get something different to money off vouchers,” he explains.

What brands can do about it?

Loyalty schemes are expensive to develop and run so brands want to feel that they are getting the most out of them. To do this, says Watkins, programmes need to evolve so they are “more instant”.

“This is not about brands getting rid of loyalty programmes but they need to evolve. Take click-and-collect. That has moved from next day to same day and now timed deliveries because it is what customers expect. You have to take the same view with loyalty,” he adds.

However, he cautions that most brands are not innovating, instead focusing on reducing random blanket coupons, which he describes as spam, rather than truly customising and personalising the experience.

And personalisation is a key area that attracts consumers to loyalty schemes. While points and rewards for purchases remain the most appealing loyalty feature – cited by 75% – flexible and personalised rewards are becoming increasingly popular at 71% and 67% respectively. The opportunity to earn bonuses for specified activities or rewards for sharing products and pages on social networks were also cited.

The one area where Brits over-index is in recognition of being a valued customer, which is cited by 20% of loyalty consumers, almost twice the global average.

Watkins says the data warns against brands using loyalty cards as a “blunt tool” that ends up being focused on price and hard to differentiate. “Price is not a differentiator,” he adds. “Brands need to differentiate with experience, and become more personalised and more connected.” 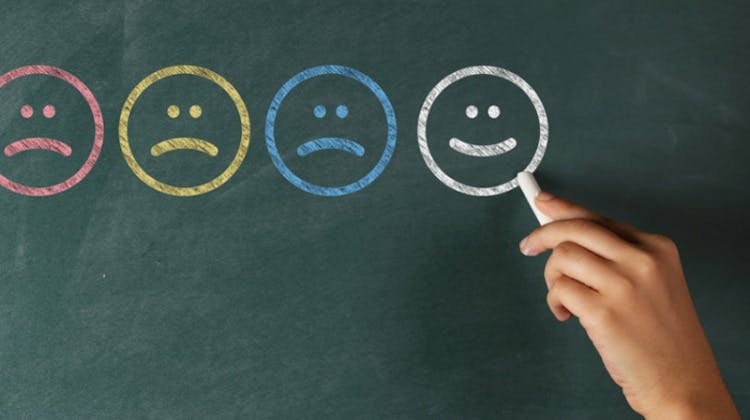 Customer experience may be high on the agenda but many brands are neglecting to look more broadly at the overall brand experience, which is impacting consumer loyalty, new research finds. 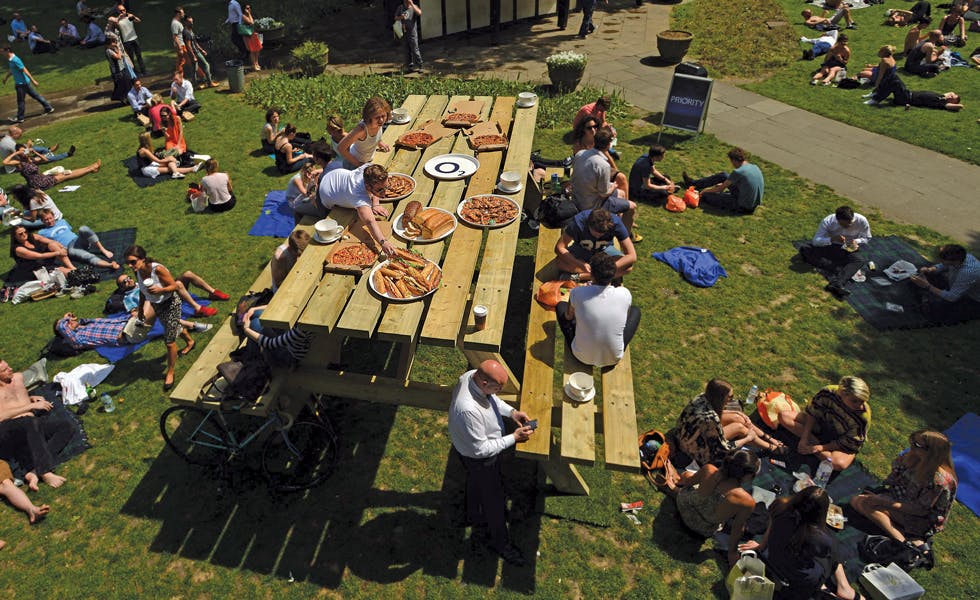 Gaining loyalty from customers is no longer a matter of simply investing in a card-based scheme, instead brands are using data to reward the right behaviour.