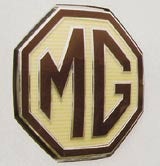 MG is a brand for which the phrase “quintessentially British” was surely invented. Launched in 1924, the initials of Morris Garages set inside an octagonal badge soon became one of the most familiar logos in the world.

Yet it looked like the end of the road when MG Rover collapsed earlier this year. The sale of Rover’s assets to Nanjing Automobile, the Chinese state-owned car maker, for £50m, threw MG a lifeline, and last week Nanjing signed an agreement with the GB Sports Car Company (GB Sports) to revive MG production at Longbridge.

GB Sports was founded by Fraser Welford-Winton, a sports car enthusiast and former managing director of MG Rover’s Powertrain engine plant. It had attempted to buy the MG brand itself and will begin negotiations with Nanjing in the coming weeks over the exact ownership of the MG operation. Preparation work has already at Longbridge for the production of a “family” of up to five MG sports cars, including an MG Midget, and several saloon models. Nanjing, which is expected to hold only a minority interest in the UK business, plans to establish a UK workforce of about 2,000 – depending on the scope and success of the venture.

Although MG made its debut in 1924, the first MG sports car was the Old Number One, which launched a year later. However, it was the first MG Midget in 1928 that made the company’s name. In 1929, MG production moved to Abingdon, Oxfordshire, which was to be its home for the next 50 years. The cars were driven by the rich and famous, but MG also carved a niche for itself as an affordable sports car brand.

Professor Garel Rhys, director of the Institute of Automotive Industry Research, says: “It’s a marque that has always had a great deal of affection attached to it because it’s never been pretentious.”

After the Second World War, MG brought out the TC model, which started the company’s long love affair with the US. The TC’s success was then topped by the MGA and later its replacement, the MGB. But MG, along with the rest of the UK car industry, began to struggle and MG and Rover were pulled into British Leyland in 1968. Car buyers switched to German and Japanese models and the Abingdon plant closed in 1980. Within two years the octagonal badge was back but, to the dismay of MG aficionados, on the likes of Montegos, Maestros and Metros.

British Aerospace bought Rover Group in 1988, selling it on to BMW six years later. Although MG was revived when the MGF launched in 1995, BMW sold Rover to Phoenix Venture Holdings, led by John Towers, for a nominal £10 in 2000.

Phoenix created the MG TF, as well as a host of MG derivatives, including the ZR, ZS and ZT saloons. The saloons were greeted with cynicism by the industry, but former MG Rover global marketing director John Sanders believes it is a strategy the new owners should consider aping. “The case for a full range of MGs is very strong,” he says. “It could be anything from two-seater sports cars to four-door saloons and 4x4s. Look at Porsche – it has a 4×4 model; and Maserati, which has always produced four-door saloons.”

There is also the issue of who owns which parts of the MG Rover operation. Shanghai Automotive Industry Corporation (SAIC), which came close to signing a partnership deal with MG Rover before the UK company went into administration, owns the intellectual property rights to the Rover 25 and 75 models and the K-series engine. Nanjing owns the MG marque and the intellectual property associated with MG variants, which include cars based on the Rover 25, 45, 75 and those using the K-series engines – the ZR, ZS, ZT and TF.

But Professor Rhys says: “Engine supply won’t be a major issue. I believe the two companies have always been much closer than people think. It wouldn’t surprise me if they have already decided it would be more beneficial to work together rather than against each other.”

The Society of Motor Manufacturers and Traders estimates that there are 225,000 MGs on UK roads, and sales of the marque remained strong until production at Longbridge stopped in April. MG, excluding Rover, sold 31,989 cars in the UK in 2004 and 36,988 in 2003 – outselling rivals such as the Mazda MX5.

It appears there is plenty of mileage left in the MG brand but in order to exploit the property, Nanjing must restart production as soon as possible. UK consumers have held the MG close to their hearts for more than 80 years, but that affection must be nurtured if the marque with the octagonal badge is to survive. 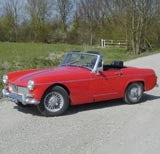 1928 The first version of the MG Midget launches

1980 The Abingdon factory is closed and the famous octagonal MG badge appears on Montegos, Maestros and Metros

1988 British Aerospace buys Rover Group, of which MG is now a part. Rover sells it to BMW six years later

2000 MG and Rover are sold again, this time to Phoenix Venture Holdings