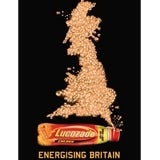 GlaxoSmithKline (GSK) is spending &£5m in a bid to shift its Lucozade Energy strategy away from that of a “classic hangover cure” and make it an alternative to coffee for those needing an everyday boost when at work or while driving.

An integrated campaign created by Billington Cartmell, which breaks later this month, will use the strapline “Energising Britain”.

The campaign aims to increase frequency of purchase by re-emphasising the GSK brand’s energy-giving properties and relevance to a number of everyday occasions when the consumer is in need of an energy lift, focusing on two in particular – when at work, and when driving.

A source close to the Lucozade brand team says/ “This is part of a strategy to move [away from] Lucozade Energy’s image as a hangover cure or a drink that’s good when you’re feeling ill.

“It’s the first time we’ve overtly portrayed the brand as something consumers can drink every day when experiencing an ‘afternoon slump’, a move which sees us go up against coffee.”

The campaign incorporates above-the-line advertising, experiential, online and point of purchase, and will also highlight the launch of the new apple-flavoured Lucozade Energy variant. It starts with two weeks of national outdoor ads, incorporating 48-sheets and special sites, with follow-up six sheets and building wraps.