Thirty years is a long time. Three decades ago Margaret Thatcher was prime minister, Belinda Carlyle thought heaven was a place on earth and Roger Rabbit had yet to be framed. At the same time, a ‘smart phone’ was one that didn’t require a manual switchboard, being able to do your shopping virtually was the stuff of sci-fi and ‘social networking’ was an activity normally confined to the local pub.

It’s no secret that digital disruption and economic factors have radically changed the way consumers budget for purchases and shop, with low prices and special offers becoming ever more important. But 30 years’ worth of consumer data shows just how much of a shift has occurred – and what may trigger such changes in the future.

With inflation hitting a four-year high at the end of last year and the economic situation expected to be even more erratic this year thanks to Brexit uncertainty, the pattern seen over the past three decades suggests people are likely to moderate their spending even more in 2018. This means marketers are going to have to be even more creative and strategic in their approach, particularly as they will be more accountable for their spend.

READ MORE: Marketers will be more accountable in an uncertain economy

But low price doesn’t mean people will settle for low quality. Lidl and Aldi have pushed the quality aspect hard, which has helped to shift perceptions of ‘value’ products.

The rise of the discounters may have fuelled consumers’ obsession with getting a bargain, but their success has also helped to shake off the stigma of going for a cheaper option. Shopping with the discounters is no longer something people do quietly in the hope their neighbours won’t find out. It’s a badge many wear with pride. It’s also paving the way for other brands of a similar ilk.

Aldi and Lidl were again the fastest growing supermarkets over Christmas, according to Kantar Worldpanel. During the 12-weeks to 31 December, both grew sales by 16.8% year on year, far greater than that of the ‘big four’ which each saw between 2% and 3% growth. Together, Aldi and Lidl have attracted nearly one million additional households over the past three months. As consumer confidence continues to fall this shift will only accelerate.

People seem more likely to have their heads turned, particularly as more new brands enter the market, while advancements in technology have altered the shopping landscape, making it easier for consumers to shop around.

As a result, people’s loyalty to certain brands has dropped significantly. In 1987, 76% of consumers said they stick to brands they know they like. This dropped to 66% in 1999 and remained fairly unchanged throughout the recession but fell to a low of 53% in 2015. Last year, the figure jumped back to 64%, but with such a drastic rise Kantar suggests this could be an anomaly.

Finding the right balance between price and brand messaging will be critical this year. The role of customer experience will also become more important when it comes to differentiation and loyalty.

Shopping with the discounters is no longer something people do quietly in the hope their neighbours won’t find out. It’s a badge many wear with pride.

The fact ‘expert’ endorsement doesn’t carry the same weight it once did will put more pressure on the role of customer experience. More than two-fifths of consumers felt reassured using products that had been recommended by an expert in 1987 but today it is less than a third. The fact there is so much more information available to consumers today at every step of the purchase journey means people are much more confident in their decision-making ability and feel comfortable doing the leg work themselves. Plus the rise of online influencers means the sheer volume of voices may become overwhelming.

Either way, what’s clear is that advertising alone will not persuade consumers to buy. While the data doesn’t go back to 1987 in this instance it does show that consumers’ attitude to advertising has got worse over the past 15 years. In 2003, 26% of adults said they thought advertising was ‘a waste of my time’ but this figure had risen to 34% by 2017, suggesting brands must do more to engage jaded consumers. And there is hope, as 20% believe advertising helps them choose what they’re going to buy, up from 14% in 2003.

Many things change, so it’s reassuring that some stay the same. For example, the number of Brits who enjoy a night out at the pub has stayed consistent over the past 30 years, even if the décor has changed drastically. It seems old school social networking still holds its appeal. 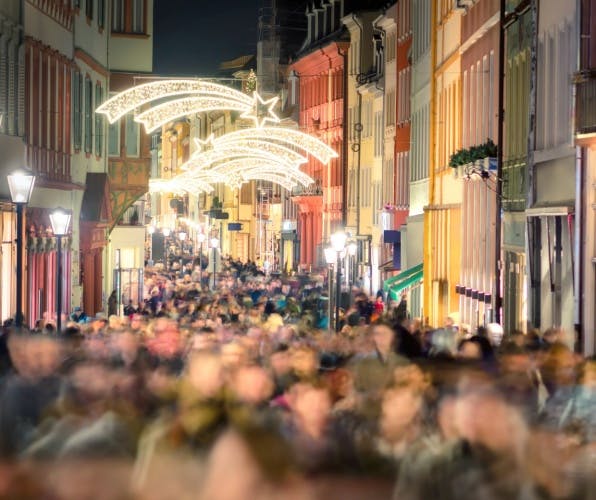 With further consolidation expected in the retail sector, marketers must rise to the challenge or risk becoming irrelevant.