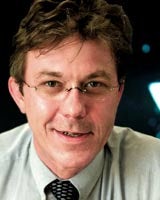 Lufthansa has appointed Dieter Grotepass as its new sales and marketing director for UK and Ireland.

Eric Burgoyne, who was the previous chief, has left the company to join Honolulu-based tour company Atlantis Adventures as vice-president of marketing.

At the Star Alliance, Grotepass was responsible for developing marketing and sales strategies for the 13 member carriers.

The agency is now developing an advertising campaign to target key international markets including the US, UK and France.

Grotepass, who will be based at Heathrow, reports to Lufthansa’s regional vice-president Ulrich Wachter.

Ulrich says: “I am confident that our position as an important and

significant regional and global carrier will be strengthened under Grotepass’ leadership.”

Grotepass joined Lufthansa in 1968 as an airline administration trainee.

He has held various managerial positions in marketing and sales at the company, including spells in Japan, Sweden and Germany.

Bass Brewers is looking for a creative agency to promote the national roll-out of its new Arc chilled lager in a campaign worth up to &£5m. Arc, a sub-zero temperature draught lager, remains chilled thanks to a specially developed pouring process which creates a head of ice crystals in the glass. The brand is currently […]

Face-to-face retailers still attract the majority of book-buying customers, although independents are losing ground to multiple specialists. As long as shelf and window displays remain a big influence on book choice, Internet retailers are unl

Face-to-face retailers still attract the majority of book-buying customers, although independents are losing ground to multiple specialists. As long as shelf and window displays remain a big influence on book choice, Internet retailers are unl