Lush does not allow Amazon to sell its products, however when visitors to the Amazon website typed “lush” into the search box on the site they were directed to alternative cosmetic products.

Lush took action against Google claiming trademark infringement and saying nowhere in its advertising on Google or its own website did Amazon make clear that it did not sell Lush products.

In a ruling yesterday (10 February) the High Court found for Lush, saying that the average consumer would not know that the products listed in Amazon’s online search results were not made by Lush. It said Amazon can still use “Lush” as a paid for search term to produce ads for similar products but these adverts must not contain the world “Lush” or give the impression that the site sells Lush products.

Dan Smith, head of advertising and marketing law at Wragge & Co, says the ruling will likely have “major implications” for Amazon, forcing it to review the way its search and analysis software functions to avoid infringing trademarks. This could include a notice that informs customers that their search returned no results before pointing them to equivalent products.

Intellectual property lawyers also believe the judgment could have wide-ranging consequences for how brand names can be used in internet advertising. Simon Chapman, partner at Lewis Silkin, which represented Lush in the case, says the ruling will force online retailers to “reconsider their approach” when promoting and marketing alternative products.

Michael Gardner, head of intellectual property at London law firm Wedlake Bell, agrees, calling the ruling a “significant victory” over Amazon and a “major boost” for brand owners. However, he cautions that Amazon is likely to appeal the decision.

“If upheld on appeal, the ruling will restrict the scope for entities like Amazon and other online marketplaces to use others’ trademarks in situations where they don’t actually have any of those particular brands to sell. As a result of the decision, the practice of using brand names in internet advertising to help advertise equivalent or similar products will have to change,” he says.

The case is similar to another dispute between Interflora and Marks & Spencer, which the high street retailer lost last year after a 5 year battle. The High Court ruled that M&S’s use of “Interflora” in Google AdWords to produce results for its own service infringed trademarks belonging to Interflora.

All women really want from their loved one on Valentine’s Day is a kiss, according to a survey by insurance firm AXA, which reveals that a peck on the cheek will be the most sought after ‘gift’ on Friday. 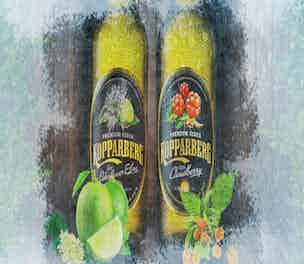