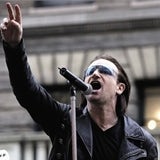 Despite bowing to its worst instincts to attack consumers and potential allies in the past month, the music industry could soon have the chance to overcome its fears concerning the internet and online file-sharing.

Lycos, the German-owned portal that operates in 11 European countries, is to launch a system that will reward people for sharing music tracks online, while ensuring record labels earn revenues as they do so. And it says major media companies are behind it.

Known as ‘Project Gnab’ (bang spelt backwards), the system has been in development at Bertelsmann subsidiary Avarto Mobile for some time. Lycos has now confirmed that it will run the system with a launch planned for early next year. Consumers will be able to buy music tracks but also sell copies of them to other users, gaining a commission for each sale.

“Lycos will become the distribution platform. There are companies out there interested to implement this as part of their strategy,” says Angeles Lopez, managing director of sales at Lycos Europe.

“There are agreements in place with the major music companies as well as for movies and gaming,” says Adrian Moxley, strategic alliances director at Lycos Europe. “They sell content through this service and users can then