The global campaign, created by 72andSunny Amsterdam, will be based around the launch of a new range of male grooming products. Kicking off on 18 January in the US and late March in the UK and nine other markets, the brand’s campaign – ‘Find your Magic’ – will span TV, print, social and outdoor and include custom digital content created in partnership with Vice.

Rik Strubel, Lynx’s global vice-president, told Marketing Week the brand was at a stage “where it was time for a change”.

He explained: “This is a brand that wants to reflect the way men see themselves. We need to be progressive and provocative, so we felt it was time to review our brand purpose.”

Lynx based the campaign on research carried out on 3,500 men across 10 countries. It found that despite social progress, men still feel overwhelming pressure to conform to masculine stereotypes and that male confidence is low. According to the brand, only 5% of men in the UK would describe themselves as attractive.

A move towards mature messaging

Lynx has made clear its desire to move away from its ‘babes in bikinis’ image with a number of campaigns over the past few years. For example, it partnered with charity Campaign Against Living Miserably (CALM) to raise awareness of male suicide.

According to Strubel, the brand’s new global campaign is taking a big step to make sure Lynx is “where it needs to be”.

“Recent campaigns in the UK were all stepping stones for us. This campaign is on a whole new level, where we’ve really ingrained the brand and our purpose to help guys celebrate their individuality and be as attractive as they can be,” he commented.

With the new range of male grooming products, the brand is also hoping to appeal to new audiences.

A big part of the campaign will involve custom-made Instagram content, launched under the brand’s ‘Instagroom’ hub. It is described as a service that answers the grooming questions guys ask on Google with tailored, functional and entertaining video content. While it will initially be promoted on Instagram, the content will also be viewable on Lynx’s other social channels.

“It’s a step change for the brand in the sense where we’ll work with partners to reach our target audience, to be relevant wherever he is. So we put showing up in search as one of our key priorities,” he said.

“Overall, we’re much more streamlined globally. Comparing the campaign to the past, it’s less of one big burst – instead, it will be a continuous campaign across different channels.” 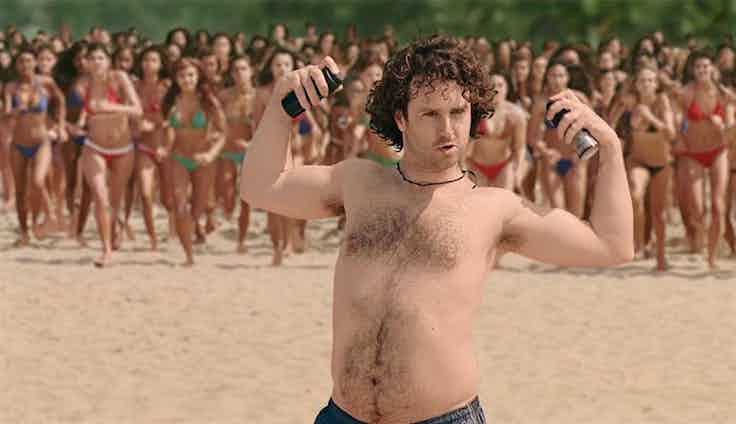