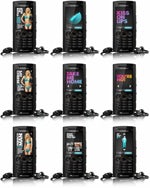 Creative agency BBH has developed the campaign, which features a toolkit of tips tricks and apps offering everything guys need to get offline and “Get In There” with the girls. These ‘icebreakers’ made girls look, laugh and respond.

The second phase of the campaign for 2009 / 2010 features a new suite of mobile and video content, refreshing guys’ arsenal of mating game tools. It aims to re-express the Lynx Effect for young guys’ joined-up digital world. and Help men make the awkward transition from virtual to physical seduction.

Each of the three new mobile apps comes with a hilarious instructional video. The apps are: Say Cheese, a mobile tool for a Lynx/Axe approach to photography. Men can ask a girl to take a photo of them and watch as your pre-selected photo displays instead.

Another is called Spin The Bottle, which aims to take the risk out of spin the bottle by using the keypad to point to the hottest girl in the group and the third is called Perfect Man Revealed – a multiple choice quiz to help girls find their perfect man. Users can prep the application by taking a photo of themselves and then letting the girl take the test. Answering honestly will generate an image of her perfect man…you. 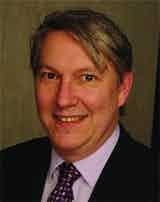 Business and marketing information company Equifax has promoted Rob Cormican to the position of marketing director, as it focuses on business growth emerging from the recession.

If you are reading this, you don’t need convincing of the value that data can have for marketing. Even so, you are in the minority – as a recent survey shows (see below), some three quarters of decision makers have not increased their reliance on database marketing to cope with the downturn.