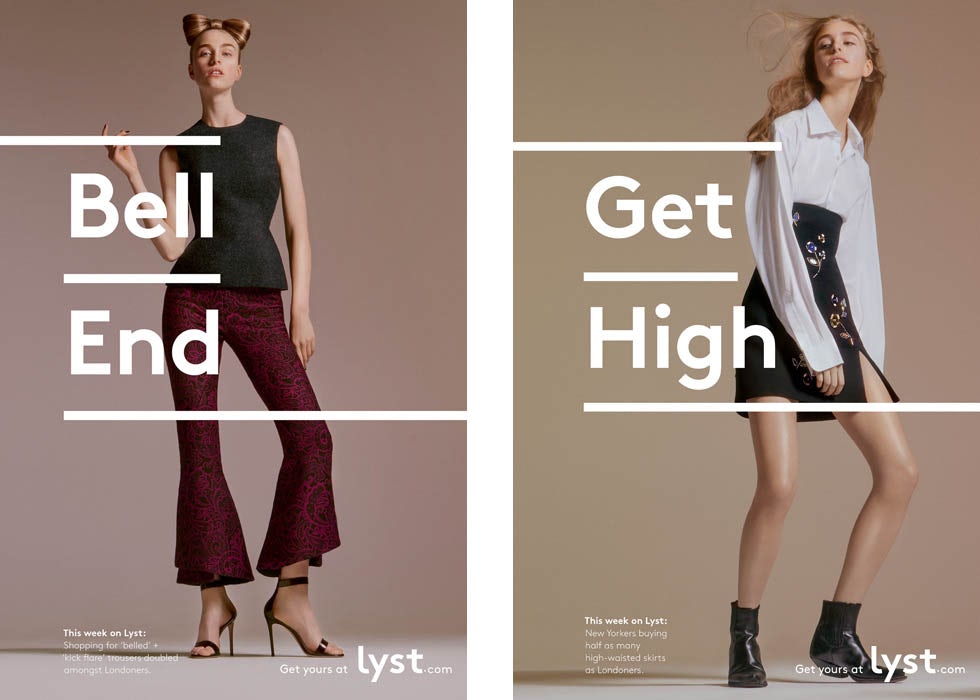 The ecommerce fashion brand, that enables customers to shop from multiple retailers within its own platform, is releasing a 10 poster ad campaign today (16 November) that will appear for a month across a variety of media.

This will include billboards in New York and London, as well as taxi media, experiential street marketing and blogger tie-ups.

Each of the 10 images is accompanied by a provocative headline and backed up by a Lyst-owned data observation. For example, “Bell End” highlights London searches for flared jeans, while other posters include the phrases “Drop more acid” and “Get high”, referring to British shoppers searching for acid washed denim and high-waisted skirts.

Lyst’s head of global communications Joanna Christie told Marketing Week: “In terms of positioning the brand, we did want to show off our tone of voice in the campaign and make people stop and smile.

“We don’t have huge budgets like some of our competitors, so we wanted our creative to work hard for us.”

But Christie is keen to emphasise that the brand is not trying to be antagonise on purpose.

The aim of the campaign is to get people to talk about the brand and share the creative. Christie also hopes that it will trigger a longer-term reaction, ultimately turning Lyst into a brand that will resonate with consumers.

“We feel strongly that people will either love or hate the campaign. But we don’t want people to be vanilla and indifferent either way. We’re planning an upcoming series of campaigns that we’re hoping to do next year. They will also try and grab people’s attention,” she commented.

Lyst also announced that Christian Woolfenden will be joining as CMO from January 2016, overseeing all global communications, organic acquisition, performance and brand marketing.

He was previously managing director at Paddy Power, overseeing various highly controversial campaigns including the infamous Oscar Pistorius ad that garnered 5,525 complaints to the ASA.

Christie added: “As a CMO, he will reassess what our content will look like. It will have to be highly stand out and drive awareness.

“We have to keep doing activity that gets us loads of earned media to build on what we started with this campaign. We’re very excited about him joining.” 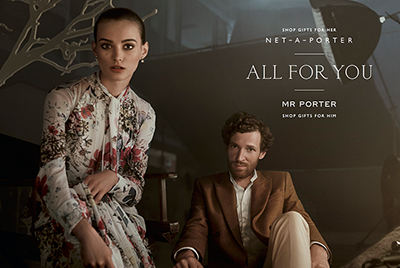 Net-A-Porter has joined forces with its sister brand Mr Porter to create its first ever Christmas TV ad as the brand aims to reach new audiences. 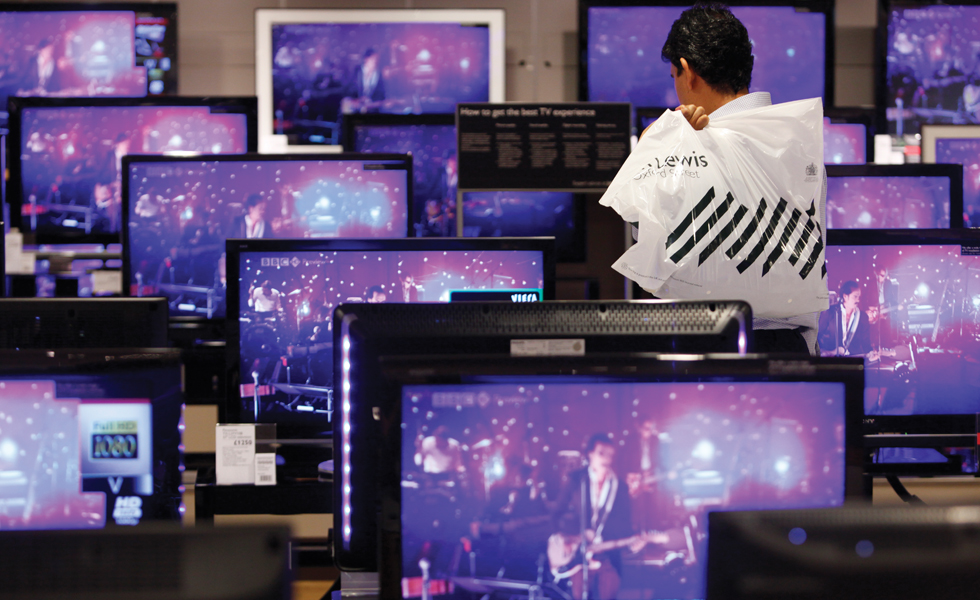 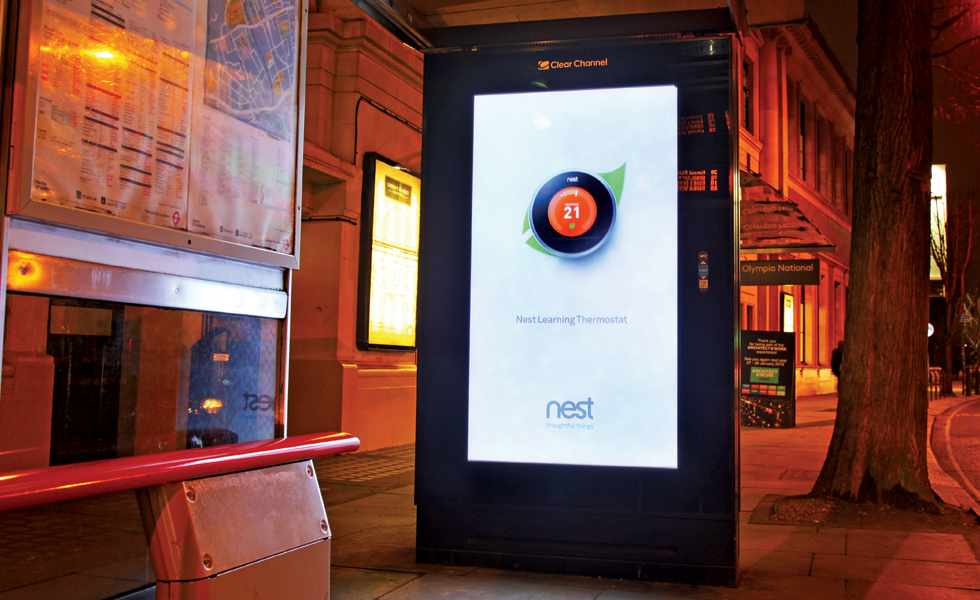