The campaign for the Celebration album and DVD will feature up to 45 video clips hosted across the portal, as Madonna takes over the prime editorial slot on MSN Music.

The release also features across MSN Messenger and Video.

Surrounding activity, planned by media agency ZenithOptimedia, includes display activity across sites such as Heat, MySpace and Popjustice. The campaign will also be tied into existing Facebook and Twitter profiles.

Katherine Parrott, marketing manager at Warner Brothers Music, said new video was being distributed throughout the campaign to maintain high levels of interest from fans.

“By taking over the Artist of the Month slot it acts as a long-term offering to remind people it’s out,” she said. “We wanted to try something a bit different and used the success we had online in the past with Lily Allen campaigns.” 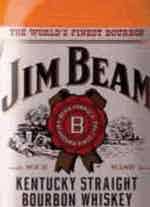 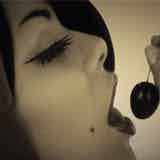 Fictional characters that embody the brand abound in marketing, but MTV has taken the concept to another level with Cherry Girl, a virtual ambassador for the cause of social responsibility.

Cadbury has produced a music single and video to promote Dairy Milk’s Fairtrade certification and its relationship with cocoa farmers in Ghana.