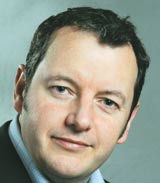 In the run-up to a general election, all politicians court media attention, hoping to use interviews to put across their party’s policies.

Television appearances show the human side of our politicians, but mass-market media is best used for inclusive political debate, not specific issues, such as those of concern to women. The same applies to political advertising.

The real reason that the main political candidates are out there is to connect, face to face, with voters. As any media planner will tell you, this type of customer relationship management can be very effective.

But connecting with the electorate is something politicians have been failing to do lately. Moreover, the Government is out of favour with half the voting population – women. MORI suggests that 36 per cent of women will vote Labour in May, down from 44 per cent in 1997. That’s 2 million lapsed customers.

Why is it that politicians don’t connect with women? It is not so much that they do not deal with issues that make a real difference to women’s lives, more that they do a bad job of telling them about it.

TV and radio are off the electioneering schedule by law, which, direct marketing aside, leaves outdoor, national press and consumer magazines as the routes to market. Outdoor gets used for mass-market, inclusive messages such as “vote for us”, while the national press’s air of immediacy lends itself to “vote today” types of messages.

But what about the reasons to “vote for us”? These belong in consumer magazines because “the magazine moment” is a calm, reflective, thoughtful one, ideal for covering issues at length.

The number of interviews the three party leaders have had in women’s titles shows that they recognise magazines’ power in appealing to women. But by leaving magazines off the advertising schedule, politicians are missing out on a communication channel that can deliver targeted messages in a trusted environment, direct to the hearts and minds of women. And of the 21 reasons to use outdoor listed on the Outdoor Advertising Association’s website, “trusted communication” isn’t one of them.

Collectively, magazines reach as many women voters as outdoor advertising or the national press do – and they do it quickly. According to NRS Readership Accumulation, all the women’s weeklies plus assorted monthlies would deliver more women ratings in week one of a campaign than an ad in every daily national newspaper.

Surely Labour’s National Childcare Scheme is perfect for a parenting magazine ad, and the Lib Dems’ revision of working-mother pensions one for a busy lifestyle monthly.