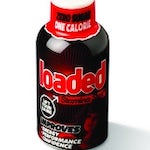 The latest ABC figures tell a story of decline across some sectors but success in other areas.

While the numbers are still a useful trading tool for the industry the health of a brand is about much more than a set of circulation figures every six months.

Some publishers and media commentators think that magazine circulation is not as important as it used to be and so moving into new areas is a way for magazine brands to remain relevant without relying solely on print products.

Justine Southall, publishing director of Cosmopolitan, which has seen a 6.6% fall in circulation in the last six months, says: “Readers don’t care about ABC numbers, they care about content. You can’t just throw marketing budget at deals and bagging because it’s not good for the long term health of the brand.”

Liam Mullins head of press at 7Stars, says: “It’s more about relevance than revenue because a lot of magazine brands are starting to loose relevance with younger audiences and so they need to appear in places their readers like.”

Magazine brand owners are looking at ways to extend their brands into new areas and across different platforms outside the pages of a traditional print product.

Three recent examples of brand extensions include: IPC Media’s men’s magazine Loaded launched a branded energy shot, Condé Nast has branched out into restaurants under brands such as Vogue, and Cosmopolitan has launched a spin off magazine called Cosmo on Campus aimed at students.

Eve Samuel-Camps, head of press at Universal McCann says that the strength of magazine brands is better than any other media, which is why they can lend themselves so credibly to branded extensions.

Southall says that by targeting students with a free spin off title, Cosmo is introducing new readers to the brand and engendering long-term loyalty not just for the brand but for print media.

“Unlike most of the competitive monthly set, our strategy has been to invest in the product, the web site and the future of Cosmo rather than aggressively chasing and underpinning an ABC figure,” she says.

While there are a number of convincing reasons to extend a magazine brand into a new area, there are also risks associated with it and some publishers believe that there is a limited stretch in magazine brands.

Mullins says that there should be cohesion between the brand and the product and “brands should think twice about slapping their brand on some things.”

Dan Bobby, strategic partner at branding consultancy Dave, part of the Engine group says: “Media has become channel agnostic and it makes absolute commercial sense for magazines to move their brands into new arrears. We’ll see more of it but there is absolutely a limit to what brands can do. there is a point where the brand will overstretch and the elastic will snap.”

Bobby warns that media owners need to temper their appetite for growth with protecting the brand’s core values.

Dennis Publishing, which owns titles including Men’s Fitness launched a dedicated events department in February this year to focus on extending its brands into the live arena.

Jay Tyson, events director at Dennis Publishing says that the overall aim is to increase loyalty but increasing revenue is also part of the strategy adding that live events open the brand up to new audiences and drives the print publication through additional subscriptions and newsstand sales.

Tyson says: “The next logical step is to take the brand live and take it off the page. You’re giving readers a sense of being part of something and connect with a community.”

Dennis’s alternative lifestyle magazine, Bizarre, sponsored a tent at Sonisphere music festival in July and gave away free mini magazine to festival goers which included a text number for a free trial issue. The publisher says it has already seen a spike in subscriptions because while 90% of the audience weren’t Bizarre readers but are now aware of the brand and

New platforms can be the way to attract new audiences and keep a magazine brand relevant and Cosmopolitan’s Southall believes that it’s important for magazines to be available across all platforms, so that readers can access content how they wish.

NME, IPC’s music weekly has reported a 12% decline in circulation over the period to 33,875, but the brand has fanned out across multiple platforms which means that while the print product may be declining in numbers, it’s brand remains strong. The brand includes online, radio, live events, merchandise and a huge social media community with more than 78,000 Twitter followers and 40,000 Facebook fans. NME is also developing a news app for the iPhone so that readers can access it’s content on the move.

IPC has also shown that it’s not just print publications that can spawn branded extensions.

The success of its online food and health hub Goodtoknow.co.uk led to a monthly print publication which debuted in this week’s ABC’s with a circulation of 53,281.

Of course the iPad is the most talked about new media platform but publishers are approaching with caution.

Eve at UM says that in the UK the iPad is not a necessity for publishers at this stage but in the US it is more advanced and eventually it should be something that revives magazine brands and grows audiences for publishers.

“Because of the way people consumer media now it makes perfect sense to expand across platforms but the iPad is a considerable investment and is still in its early days,” she says.

Liam Mullins of 7Stars says that while it’s something the newspapers have seized, magazines aren’t sure about it yet.

“Eventually it will become an extension of magazines and become more natural for magazine readers but publishers need to fully understand how audiences will use it. Magazines are about indulgence and magazine readers enjoy the tactile nature of it.”