Bauer Media’s Magic registered over 2 million listeners per week in the three months to the end of March, up from 1.82 million in the final quarter of 2009 but down on the 2.05 million that tuned weekly in the first quarter of 2009, according to the latest Rajar data.

Global Radio’s Heart 106.2, which ended Magic’s three-year run in the top spot last quarter, dropped to third in terms of reach despite adding 4,000 listeners in the period to register 1.88 million.

Capital 95.8 leapfrogged Heart into second spot, posting a weekly reach of 1.9 million, up from 1.8 million in the previous quarter and 1.9% on last year’s 1.86 million.

At breakfast, Vaughan and Snowdon registered 1.16 million listeners, down from the 1.23 million that tuned in last quarter but up on last year’s 1.06 million.

Heart’s Jamie Theakston and Harriet Scott remain in second place on 798,000 listeners, up from 790,000 in the previous quarter and an improvement on the 833,000 registered a year earlier.

Magic’s Neil Fox remains in third place on 785,000, down slightly on the previous quarter and the same period last year.

Global’s talk station LBC 97.3 continued to add listeners as chatter around the general election campaign grew. The station saw its reach climb 4.4% quarter on quarter and 24.5% year on year to reach 878,000 listeners per week. 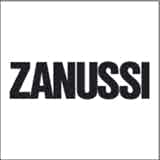 Zanussi, the electricals brand owned by Electrolux, is revamping its branding in a bid to showcase its Italian roots and make consumers reassess its products.

Associated Newspapers is launching a consumer campaign for Metro.co.uk, the website of free daily title Metro.