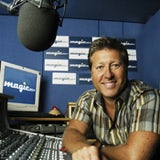 Bauer’s station moved back in to first place in the three months to 30 September with 2.15 million listeners per week, up 5% on the previous quarter and 7% on the same period last year.

The station’s share of London’s commercial market also increased, up to 6.7% in quarter three from 6.4% in the second quarter.

Global’s Capital 95.8 took the second spot in the capital in terms of listeners. It grabbed 2.13 million in the quarter, a 10.6% increase on the second quarter and 16.9% on the same period last year.

The station now has a 5.3% share, its highest in six years.

Heart, which held the top spot in the last quarter, dropped to 2 million listeners, but maintained a 5.3% share matching that of Capital.

The pair registered 1.15 million listeners in the quarter, up from 1.12 million last quarter and 1.03 million last year.

Heart’s Jamie Theakston and Harriet Scott gained in second place with 834,000 listeners, down from 925,000 in the previous quarter but beating the 816,000 registered a year earlier.

Magic’s Neil Fox (pictured) replaced Kiss as the third biggest breakfast show, with 787,000 listeners, down on the second quarter but up slightly on the third quarter of last year.

Kiss 100 pairing Rickie and Melvin dropped to fourth place attracting 669,000 listeners, down on the previous quarter but up from the 611,000 registered last year.