The Guardian follows with a daily average of 1.83m unique users, while The Telegraph ranks third with 1.58m.

The Mail Online is the only publisher to see a monthly increase – 3.4% – while The Guardian dipped 4.41% and Mirror Group Digital saw a decrease of 7.28%.

Figures have risen year on year for all online publishers, with Mail Online reporting the most marked increase in unique users: almost 75%, from 1.36m last year.

News International remains unaudited following its withdrawal from ABCE figures in April, ahead of the introduction of its paywall earlier this week.

ABCE introduced daily average figures into its monthly multi-platform report in February after titles including The Guardian and The Mirror called for the industry to focus less on monthly users.

The current system adds each day’s total traffic to give a monthly total, which is then divided by the number of days in the month for the daily average. Under the previous monthly figures, The Guardian was the most popular website with 35.8m unique users, but fell to second place with a daily average of 1.9m.

Marks & Spencer is always under the spotlight. Seen as a bellwether of UK high street performance, all eyes are on M&S’s every move, and as its new CEO, that goes for Marc Bolland too. 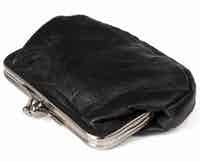 There are early signs that consumer confidence is on the rise, with people less inclined to slash their spending on non-essentials such as holidays, entertainment and eating out.

Google’s online dominance could be drawing to an end, warn analysts, as the Apple iPad goes on-sale in the UK.