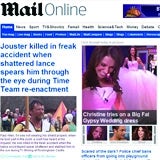 The DMGT website reported 3.1m average daily unique browsers for February, down 1.7% on the previous month.

The Telegraph ranks the third most read online newspaper in the UK, claiming 1.8m average daily unique browsers, up almost 8% on January. The title has signalled that it is looking at charging for some elements of its content.

The Independent reported 621, 219 average daily unique browsers, an increase of 11% on January.

News International has not provided unique visitor numbers for its websites since the Times Online and News of the World went behind paywalls.

Earlier this week, ABC announced it was merging its ABC and ABCe brands into one unified identity and structure, as the organisation anticipates further growth in digital readership.

The changes will see more than 50 magazines reporting print and digital editions together from August. This is intended to make it easier for advertisers, digital traders, media owners and brands to do business through more comparable data. 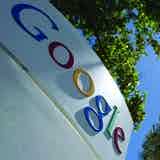 France’s privacy watchdog has fined Google €100,000 (£87,179) for breaching the country’s privacy rules with both its Street View and Latitude products.

WPP Group is set to move its tax base back to the UK following changes to the UK tax regime announced in yesterday’s (23 March) budget.