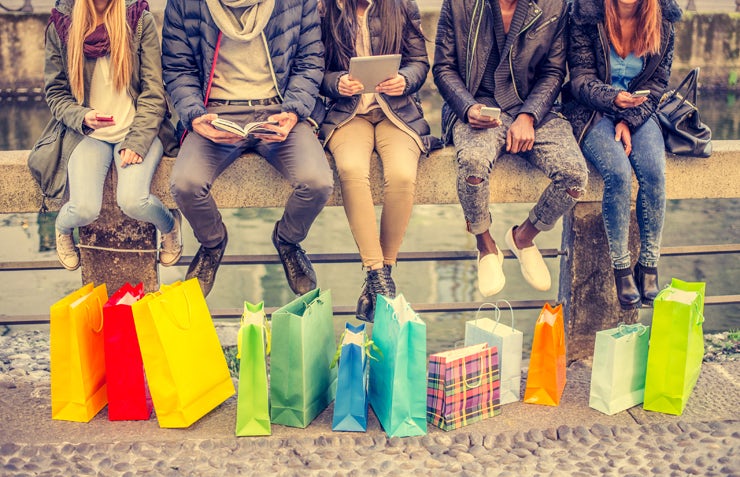 British consumers’ propensity to make major purchases fell two points in January to a score of +10, according to GfK’s latest consumer confidence index.

The decline, which was the complete reverse of a seven point increase in December, is perhaps expected given the general trend for consumers to spend less in January following a Christmas blowout. But Joe Staton, head of market dynamics at GfK, expects the decline in major purchases to continue throughout 2017.

He tells Marketing Week: “Consumers are hunkering down in the face of the likelihood of rising inflation.

“The clue to this is the Major Purchase Index. It only slipped by two points in January but until we get Parliament’s say on the draft Brexit legislation, and until Article 50 is submitted, we’d expect purchase intentions to drop even further.”

Despite a reluctance to make big purchases, there were small increases in both consumers’ perception of the general economy and their own personal finances.

The core consumer confidence index also increased by two points in January to -5. Although this is far behind January 2015’s positive score of +4, it represents an improvement on July’s post-Brexit score of -12, which was the biggest consumer confidence slump in 26 years. 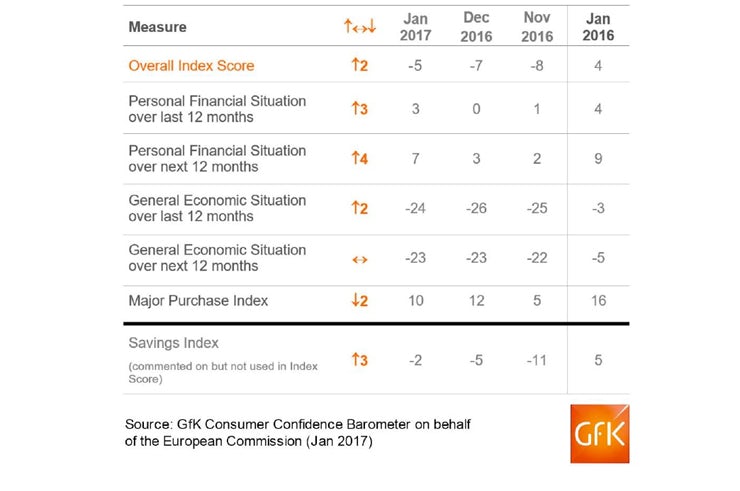 “Although consumers report that they are feeling upbeat about their personal financial situation for the coming year (four-point increase to +7), stubborn concerns about the wider economy looking back 12 months (-24 points) and ahead 12 months (-23 points) are ensuring the Overall Index Score remains stuck in gloomy territory.”

The German discounter wants the Twitter-based initiative to put “control back into the hands of consumers”. 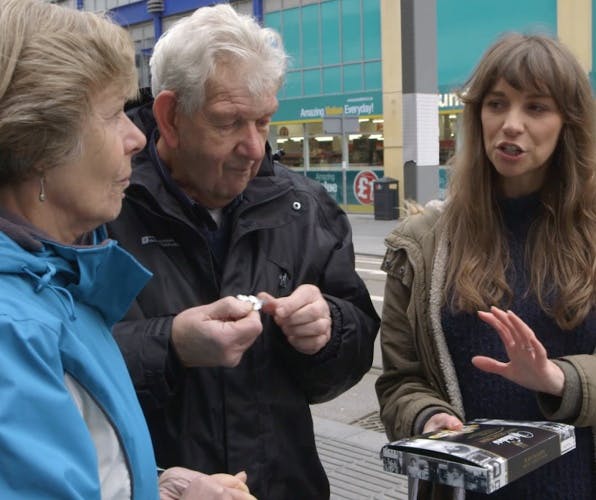 The discounter is focusing on “great value and great products” rather than an emotional message this Christmas as it launches its first festive TV ad.