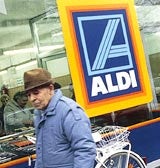 Discount supermarkets as we know them appear to be running out of steam. The relentless marketing and discounting of the big supermarkets, coupled with initiatives such as Sainsbury’s plans for a new-style Savacentre, are making the original low-cost proposition look increasingly questionable.

The idea of the discount supermarket began to gain momentum in the early Nineties and by the middle of the decade Aldi, Lidl, Netto and Kwik Save were starting to worry the big players. In 1994, Tesco and Sainsbury’s launched value ranges as a rearguard action against the discounters.

The main problem is a Catch 22 situation: the discounters’ range is limited, but any increase in it will undermine their proposition. Discount retailers will stock about 800 basic, but essential, lines such as beans and sugar, which are cheap to transport, store and are often brought in from abroad. Supermarkets will stock 22,000 lines in an average store.

The discounters reliance on thePareto principle – that 80 per cent of sales come from 20 per cent of lines – has worked well in the past. Now, they look as if they are being left behind. Safeway director of communications Kevin Hawkins says: “The discounters’ focus on ambient foods and their fresh offer is weak. But it is the fresh foods, such as stir-fries and pizzas, which have the most growth potential.”

Discounters’ limited range means people may have to go to another supermarket to complete their shopping. But the inconvenience of visiting two shops is a disincentive to some people, observers say.

Attempts to increase or modify the range can prove costly for discounters. Kwik Save has suffered an identity crisis since 1998 after being merged with Somerfield. It tried to widen its range by introducing Somerfield-branded products. After this failed, it reintroduced its own-label range and has since invested £16m in a refurbishment programme. Playing with the formula, then, is not always possible.

The profit margins for discount supermarkets are between one and two per cent, while Sainsbury’s’ is 3.8 per cent and Tesco’s is six per cent. Richard Perks, senior retail analyst at Mintel Retail Intelligence, says the major multiples have been good at creating value ranges that do enough to spoil the discounters, yet do not quite go as low as them.

He says: “If the major multiples are not cheaper then they look cheaper. Appearances are all. It may be that Tesco pitches [value] prices at a level where it doesn’t lose market share, but at the same time it isn’t giving an offer like Aldi’s.”

One problem is the discounters’ self-imposed secrecy. Aldi and Netto failed to respond to requests for an interview, while a spokeswoman for Lidl says: “As a privately owned company we do not talk to the press.”

Sainsbury’s announcement this week that it is to open Savacentres selling budget lines will only pile more pressure on the discounters. These new stores will target “young families on a budget” and will sell a bigger range of products, including Early Learning Centre toys and Adams childrenswear. Against a backdrop of falling market share, Sainsbury’s is pleasing analysts by trying to appeal to a wider range of people.

The discounters may, however, be hard to eliminate completely. Perks believes there is “a little” room for them to grow. He says: “There is some scope, although it’s a question of site availability. And the likes of the Co-op are a soft competitor. Aldi is a brilliant retailer. It knows its market and it goes for it single-mindedly. For people who are short of cash it’s fantastic.”

But increasingly people are not so short of cash. Gross domestic product has risen steadily over recent years, and the average weekly wage has increased from £352 in 1996 to £445 in 2001 – even allowing for inflation people are being paid more.

How the discount sector will overcome all the challenges it now faces is unclear, but it seems likely that their already modest market share will be eroded even further.

Vidal Sassoon Salons and Schools has appointed Jojo Communications to its international account. Jojo will create the company’s first UK advertising campaign for more than a decade. The first work for Jojo, which picked up the business without a pitch, is to create an international magazine campaign. As well as targeting the consumer market, the […]

Despite a downturn in advertising revenues, the Internet has bucked the trend – partially because of clutter in other media, says Danny Meadows-Klue