While YouView boxes will be available to order later this month, the joint venture is planning a much wider push in the latter half of this year once subscription packages are made available from its broadband stakeholders BT and TalkTalk.

YouView CEO Richard Halton told Marketing Week that the organisation did not want to launch marketing “straight head into the Olympics” and instead is focused on the key period running up to Christmas. The company is also launching the activity months later than the boxes roll out to the public to ensure it can fulfil demand.

The service is being aimed at the “13 to 15 million” people who are either Freeview customers or those who are not subscribed to a paid-for TV package. YouView chairman Lord Alan Sugar hopes it will “replace” the Freeview box.

The forthcoming above the line marketing campaign will be created by Adam & Eve/DDB, with full budgets and media buying plans still under discussion.

YouView is set to advertise across all its broadcaster shareholders’ assets, which include the BBC, ITV, Channel 4, Channel 5 and the newspaper and magazine properties also owned by Channel 5 owner Northern & Shell.

The wider campaign will also be supported with separate activity from YouView’s broadband and broadcast partners, although Halton made it clear that this will be co-ordinated with the YouView team.

He add: “Our shareholders are keen to have a very joined up campaign. It’s a very cluttered market out there and we need to have one simple powerful message.”

The joint venture has already received £70m of investment from its seven shareholders, but it is understood additional outlay will be needed to promote the service across marketing channels such as outdoor and digital.

Additional investment for marketing could come from brands and third party broadcasters, who can pay for YouView to host their on-demand content. Prices start from £50,000 for those companies to have their channels appear under the standard linear EPG listings.

Halton says the opportunities for brands to appear on the platform “are massive”, although YouView will not be offering further ad inventory, such as display, beyond its IP channels.

Brands can, however, advertise against YouView’s broadcaster stakeholders’ content, in a similar way in which they can already buy space against on-demand programming.

Broadcaster will have “complete control” over the formats they can offer advertisers against their content and how much revenue they can gain from such ads. This differs from platforms such as Google TV, which takes a cut from the advertising bought against content on its platform. 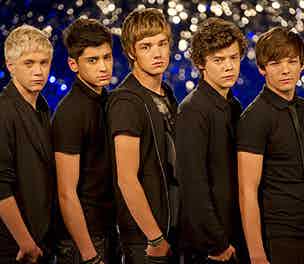 Boyband One Direction are following in the footsteps of new friend Justin Bieber as well as Dr Dre and Tinchy Stryder by launching their own headphones range.

Last week was quite a week – firstly I ‘appeared’ on stage at Marketing Week Live. When I say appeared, that is a slight play on words, as I was actually back stage being filmed via a very blurry lens so that my image was streamed live on stage but in such a way that […]